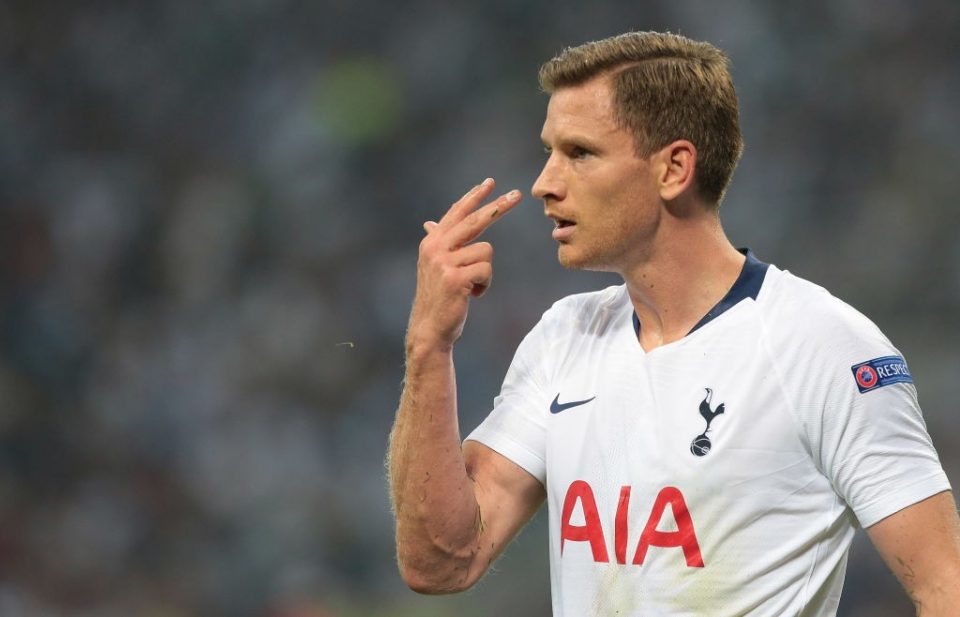 Jan Vertonghen is intrigued by the idea of a move to Fiorentina according to a report from Italian news outlet TuttoMercatoWeb.

The Belgian national team player has visited Florence previously and fell in love with the city and its architecture and Florence could be the next place he calls home.

La Viola have sparked an interest in signing him on a free transfer. There has been contact already and now that the season is over things could be taken further.

Fiorentina are not the only club to have shown an interest in signing Vertonghen, who left Premier League side Tottenham Hotspur recently when his deal expired with them.

Inter and Roma are both also reportedly keen on adding the 33-year-old former Ajax man to their ranks and have seemingly also both been in touch with Vertonghen’s representatives.

During the 2019/20 season, Vertonghen made 30 appearances across all competitions to date. In just over 2200 minutes on the field, he scored two goals and provided a single assist.