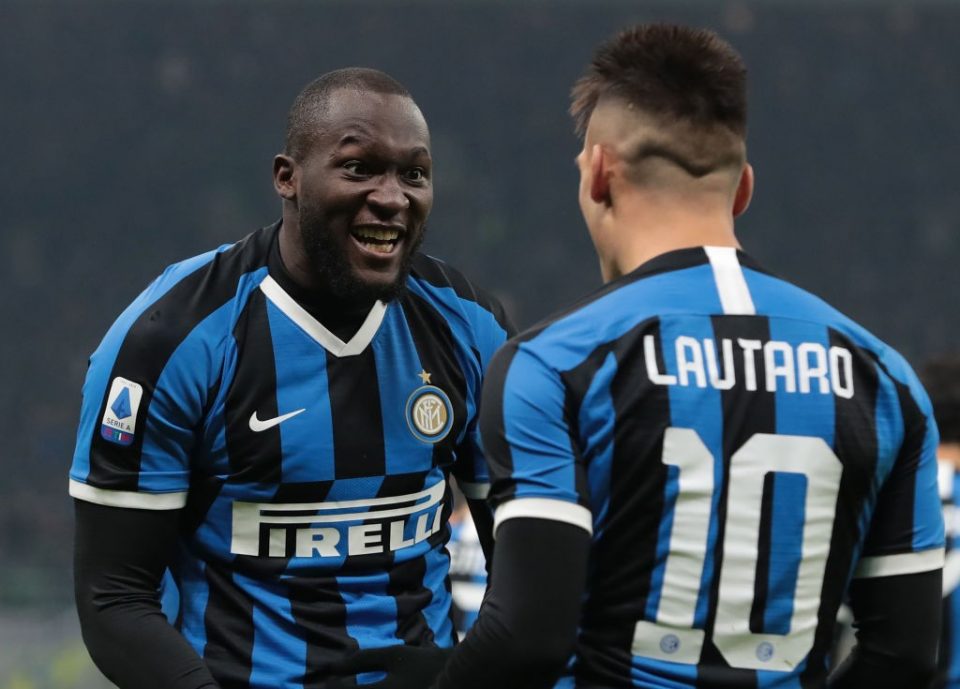 Inter’s attacking partnership of Lautaro Martinez and Romelu Lukaku are the most prolific striking duo still in the running in the Europa League, according to a report from today’s paper edition of the Milano based newspaper Gazzetta dello Sport.

The report details how the pair have scored in eight consecutive European matches this season and have scored 49 goals between them this season, across all competitions. The only team that can compare at English side Manchester United, with the attacking partnership of Marcus Rashford and Anthony Martial scoring 45 goals this season.

In third place in Premier League side Wolves, the report continues, whose striking duo of Raul Jimenez and Diego Jota have scored 43 goals. Inter’s next opponents in the competition, Bayer Leverkusen, would be in sixth place with 29 goals, giving the Nerazzurri confidence ahead of the tie. The Milanese club are looking to reach the final in Cologne on 21st August.