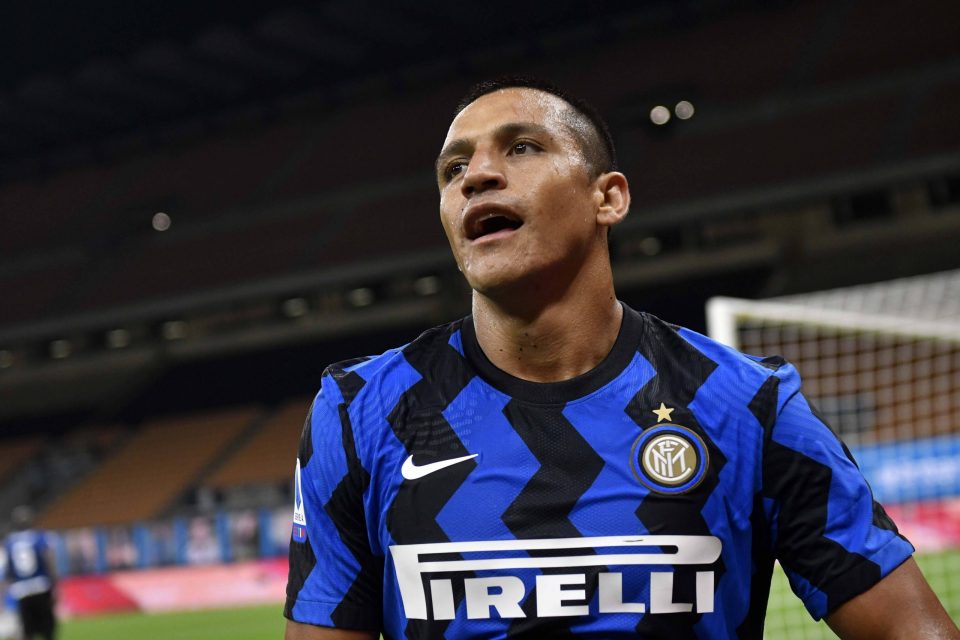 Inter forward Alexis Sanchez is hoping to score his first European goal in three years in the Nerazzurri’s remaining Europa League campaign, according to a report from today’s paper edition of the Rome based newspaper Corriere dello Sport.

The report details how the 31-year-old Chilean forward signed for the Milanese club on a free transfer earlier this week and is now looking to celebrate with a goal in the Europa League.

Sanchez’s last European goal game against FC Cologne, and he will be confident about scoring against Bayer Leverkusen considering that he’s already netted four against them in his career.

Inter trust Sanchez, the report continues, evident considering his €7 million annual salary. Now it’s up to the former Arsenal to prove his worth to the Milanese club in the remaining games of the season, including a potentially satisfying win against Manchester United in the final.

The 31-year-old has scored four goals and provided ten assists in 30 appearances so far this season.