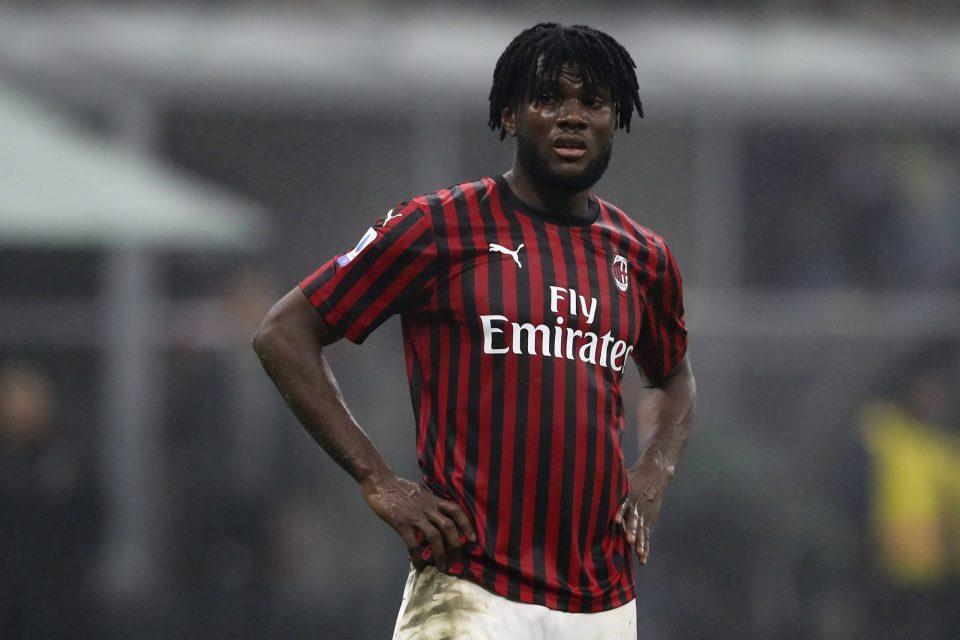 Inter tried to sign AC Milan midfielder Franck Kessie in January and offered two different midfielders in exchange, according to a report from today’s paper edition of the Turin based newspaper Tuttosport.

The report details how coach Antonio Conte identified the 23-year-old Kessie as a target in the January transfer window, and so the club proposed an exchange with the Rossoneri.

Inter offered either Roberto Gagliardini or Matias Vecino to their intercity rivals in exchange for the Ivorian, but Stefano Pioli’s side didn’t find the offer convincing, instead asking for a pure cash offer.

Kessie, who is contracted to the Rossoneri until 2022, has made 38 appearances across all competitions so far this season, for a total of 3094 minutes.

In that time, he has scored four goals and provided two assists, impressing and being a core part of the Milanese club’s squad. The Nerazzurri are still looking to strengthen their midfield this summer but aren’t likely to sign Kessie.