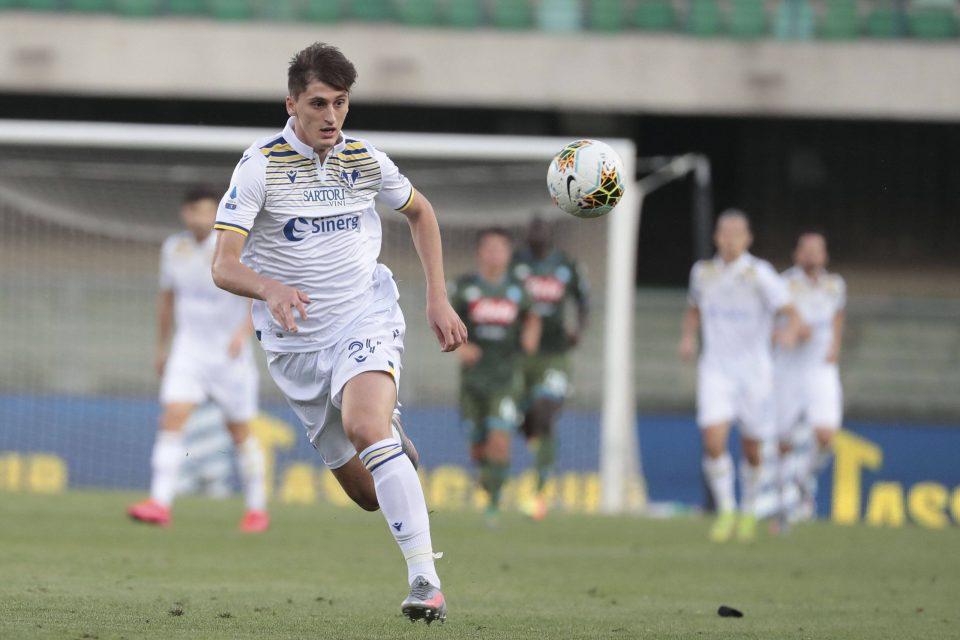 Hellas Verona president Maurizio Setti has admitted that there are a number of clubs who have an interest in signing Marash Kumbulla from his side.

Inter, Napoli, Lazio and Juventus have all been linked with making potential moves to sign the highly rated Italian born Albanian national team player, who had his first team breakthrough at Hellas Verona during the 2019/20 season.

“I can confirm Napoli’s strong interest but times were tight and the player preferred to take time to reflect. It was the only reason. Now there are several teams interested in him, he’s a talented boy destined for a top club,” he remarked in an interview with Italian radio station Radio Kiss Kiss Napoli, which was broadcast a short while ago.

Kumbulla, who Hellas Verona are reportedly demanding around €30 million for, has a contract with the Stadio Marc’Antonio Bentegodi club until the end of the 2021/22 season.

During the 2019/20 season, Kumbulla, who is a product of Hellas Verona’s academy, made 26 appearances across all competitions to date.

In his time on the park, which totalled just under 2100 minutes, Kumbulla scored a single goal and helped his team to record a total of seven clean sheets