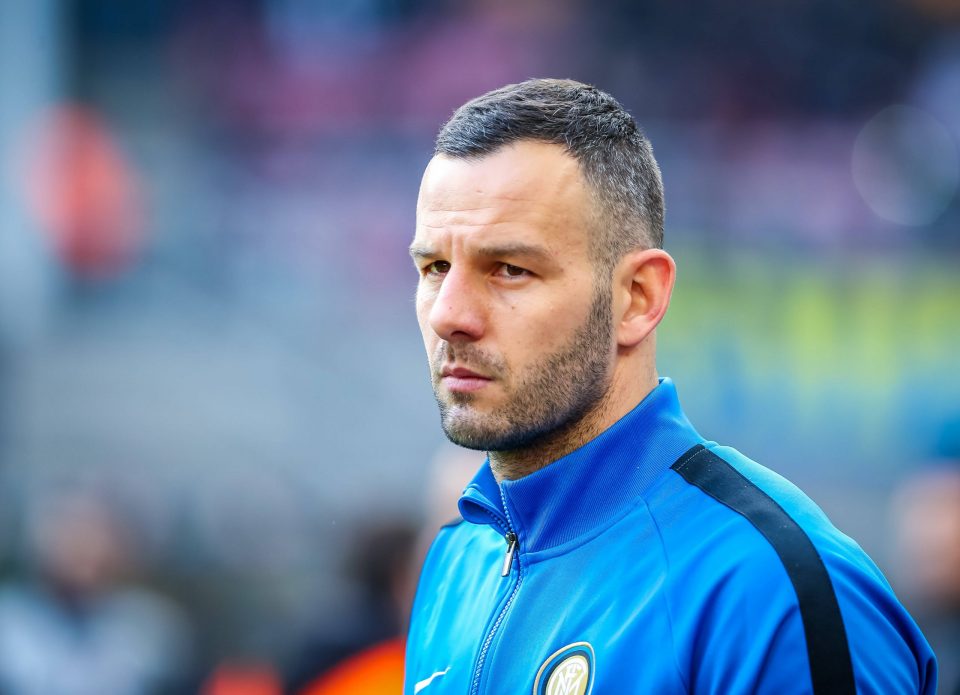 Inter goalkeeper and club captain Samir Handanovic has refused to allow himself to get too carried away ahead of Inter’s Europa League semi final clash with Bayer Leverkusen which is due to get underway just shortly.

“Not only for me who is the captain but for all of Inter it would be wonderful to win but it’s easy to talk. Let’s just think about tonight’s match and then we’ll see,” he explained in an interview with Italian broadcaster Sky Sport Italia prior to the match at the Merkur Spiel-Arena.

“Anything can happen in every game, you think it’s easy but all the teams that are left are excellent and it will be a difficult match.”

Handanovic then went on to share his thoughts about tonight’s opponents who achieved a fifth placed finish in the Bundesliga and finished as runners up in the German cup this season.

“Bayer Leverkusen are a team with quality, speed but also have a lot of young players. In the German league they have put many teams in difficulty. They play to score more than one goal.”

He concluded the interview by revealing what he expects the game to be like: “It will be an open match, we have to be ready to face it in a different way than in the last games, that’s it.”

This season the experienced Slovenian shot-stopper has made 45 appearances across all competitions to date, in which he has managed to record 15 clean sheets.

Handanovic is in the starting line-up for this evening’s encounter and it will be his 340th appearance overall for the Nerazzurri club, who he joined in 2012 from Udinese.