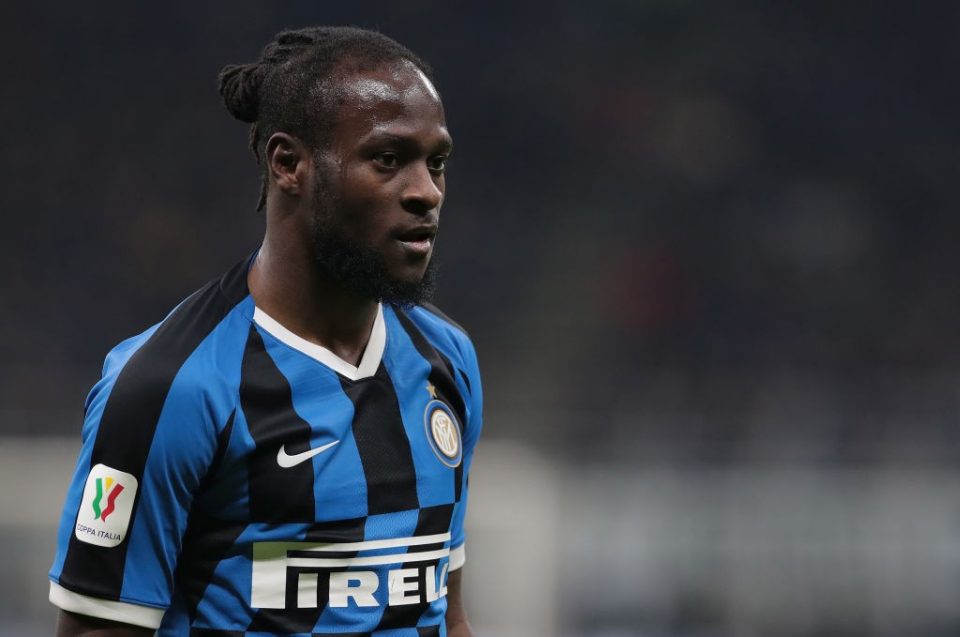 Victor Moses could play in place of Danilo D’Ambrosio at right wing-back in Inter’s Europa League quarter final clash against Bayer Leverkusen tonight according to a report from Italian broadcaster Sky Sport Italia, which was aired a short time ago.

The report explains that whilst Inter manager Antonio Conte should deploy the same team that started in the 2-0 win over Getafe last week, he has a selection doubt when it comes to right wing-back.

D’Ambrosio remains the favourite to start but Moses has been tried at right wing-back in training in the past few days and he is more likely to replace D’Ambrosio, if Conte does decide to make a change at right wing-back, than Antonio Candreva is.

Moses joined Inter on a six month loan with option to buy from Chelsea back in the January transfer window and the loan deal was extended until the end of this month to allow him to play in the remainder of the Europa League. Since joining, he has five assists in 17 appearances.