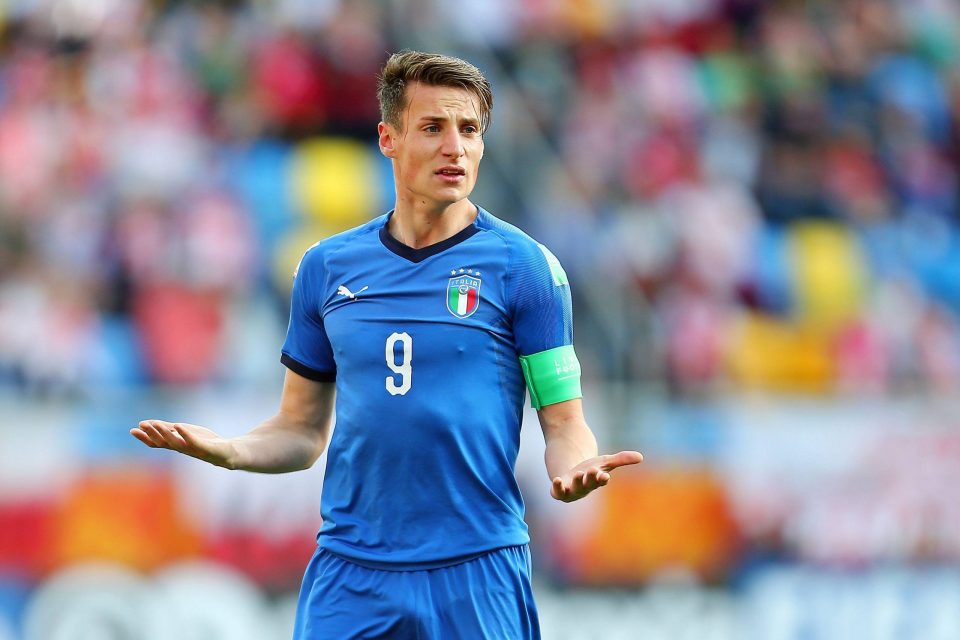 Genoa’s Andrea Pinamonti and Sassuolo’s Gianluca Scamacca are both on the radars of Inter and arch rivals Juventus according to a report in today’s print edition of Italian daily newspaper Tuttosport.

Both clubs are looking to add depth to their attacking departments and when it comes to Inter either Pinamonti or Scamacca could come in and be Inter’s fourth choice striking option and complete the attack once Sebastiano Esposito has went out on loan.

Inter sold Pinamonti to Genoa and have a gentleman’s agreement with the Rossoblu club which allows them to re-sign the Italian youth national team forward.

As for Scamacca, Sassuolo want no less than €15 million for him. The report explains that Inter could take advantage of signing Stefano Sensi from them and are aware that Sassuolo have taken a liking to youngster Lorenzo Pirola.

Juventus could meanwhile look to make the most of their good relations with the Neroverdi club who they have conducted several deals with at first team and youth team level in recent seasons.