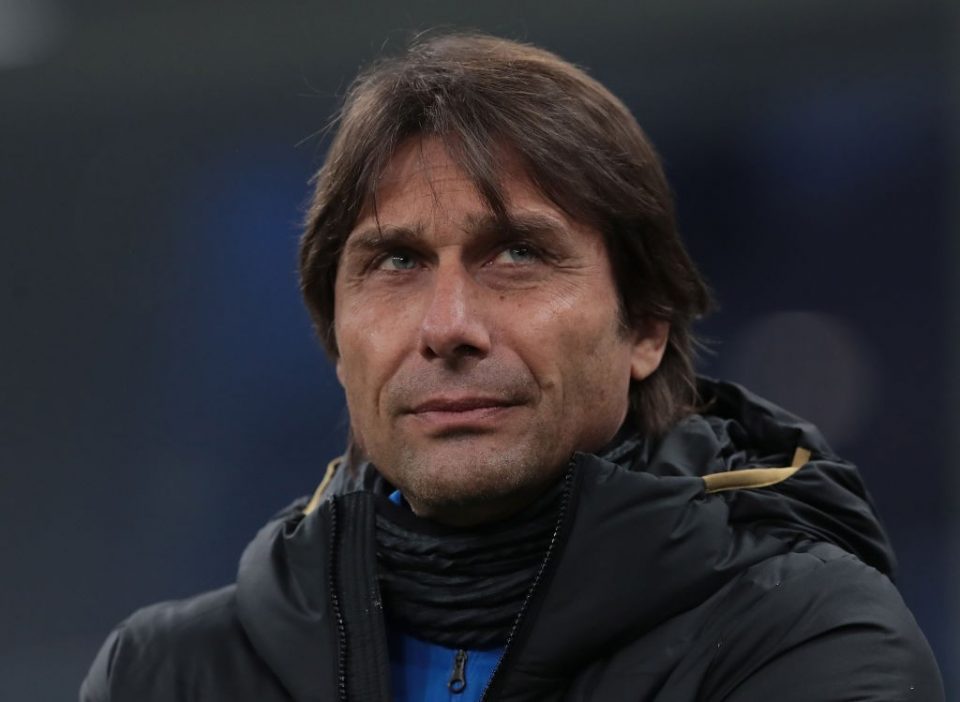 Inter manager Antonio Conte has spoken on the importance of such results following on from Inter’s 2-1 win over Bayer Leverkusen in the quarter finals of the Europa League last night.

Nicolo Barella opened the scoring for Inter and Romelu Lukaku soon followed up with Inter’s second of the game. Bayer Leverkusen’s only goal game via Chelsea transfer target Kai Havertz.

“Certainly there is great satisfaction with the result. I was pleased that Godin remembered the sem final won ten years ago. I think it is important for all of us, the fans and the people who are working and who are trying to do their best to achieve important results,” he explained in an interview with Inter’s official club broadcaster Inter TV following the match at the Merkur Spiel-Arena.

The former Chelsea manager then went on to share his delight for his team and also took a swipe at other clubs who are no longer playing in this season.

“I am very happy for the boys, tonight [last night] they showed great desire to be protagonists. This is the greatest joy, seeing this desire is not for everyone. The others are on vacation and we are here with the desire to fight and give satisfaction to the fans and to all of us.”

He then spoke on how good the team are getting are preparing for games in quick succession and doing many things naturally these days.

“Now, even with 1-2 days of rest, the boys can now do certain things naturally. Especially in the non-possession phase with high blood pressure and the defensive line that breaks, but also in the possession phase.

“My staff and I put the work in, then there is the quality of the players. Ours are calculated risks for players like Lukaku and Lautaro.”

In conclusion the 51-year-old former Italian national team boss spoke on how he and his team will prepare for their semi final which will come against either Shakhtar Donetsk or FC Basel on Monday night.

“Tomorrow [today] we will train then we will give the team a day off even if I don’t know where the boys can go. We will prepare for semi final from Thursday.

“We remain in Germany with enthusiasm and after having reached a European semi final and with the desire to look forward and deserve the victory in the final knowing that we will have to reach a higher level. Among the boys there is chemistry and this gives us hope.”