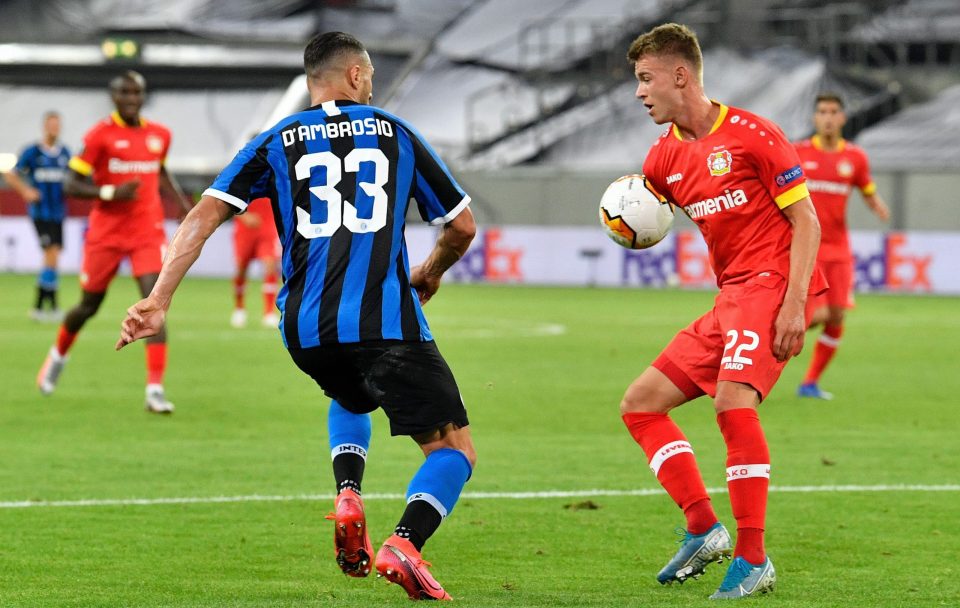 Italian daily newspaper Gazzetta dello Sport have shared doubts about the two penalties Inter had awarded to them and then rescinded in last night’s 2-1 win over Bayer Leverkusen in the Europa League quarter finals.

Soon after Kai Havertz scored Bayer Leverkusen’s goal, Inter were handed a penalty after Danilo D’Ambrosio attempted to cross the ball and it came off of Bayer Leverkusen defender Daley Sinkgraven’s arm.

Although Sinkgraven was retracting his arm and putting it to the side of his body again, the Milan based news outlet say they still have doubts about the decision being overturned when looking back at the replays of the incident.

At the end of the match Inter had their second penalty awarded after Christian Eriksen was fouled. The decision was however overturned after the ball came off of Nicolo Barella’s arm whilst he was on the ground having been tripped himself. Whilst the correct decision given it was a handball, the Milan based news outlet state that it was an extreme case.