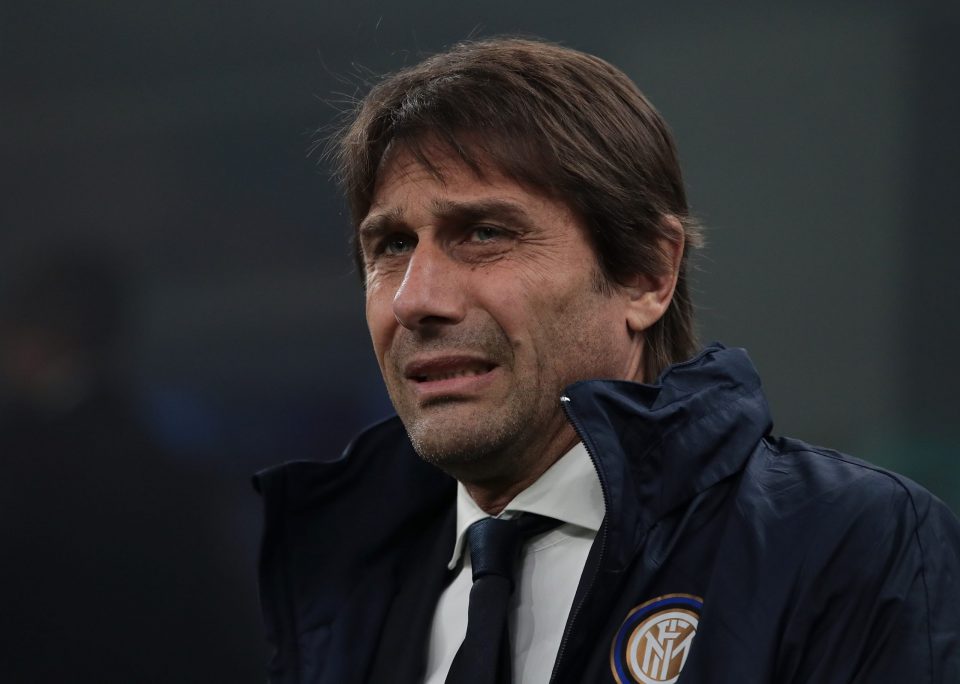 Inter’s business in the upcoming transfer window will be different depending on who the manager of the club is according to a report in today’s print edition of Italian daily newspaper Tuttosport.

If current manager Antonio Conte remains in charge he wants an important transfer window. Inter have already shelled out €50 million to sign Stefano Sensi and Nicolo Barella permanently and have also spent €40 million to bring Achraf Hakimi to the club.

Conte wants Lautaro Martinez kept and has given the green light to allow Marcelo Brozovic and Milan Skriniar leave the club.

Skriniar could be swapped for Tottenham Hotspur’s Tanguy Ndombele and if he departs Inter will need another defender.

The club would rather focus on the future and sign Marash Kumbulla from Hellas Verona but Conte would rather have Torino’s Armando Izzo or Manchester United’s Chris Smalling signed.

Conte dreams of having Arturo Vidal brought in for the midfield whilst Matias Vecino could be swapped for Napoli’s Allan.

Conte would also like Emerson Palmieri for left wing-back and an experienced head to serve as deputy to Romelu Lukaku. Conte wants Edin Dzeko or Olivier Giroud but the club would rather focus on someone young such as Andrea Pinamonti or Matheus Cunha.

The report goes on to explain that if Conte leaves the club and Max Allegri is to take charge, things would be rather different.

First and foremost, Skriniar would not be on the transfer market. Emerson Palmieri would remain a target and Ivan Perisic could even be reintergated.

When it comes to the midfield, Inter would like Lazio’s Sergej Milinkovic-Savic but it does not seem to be the right time to make such an investment for him. Inter could instead sign Toni Kroos, who considers his adventure with Real Madrid to have come to an end.