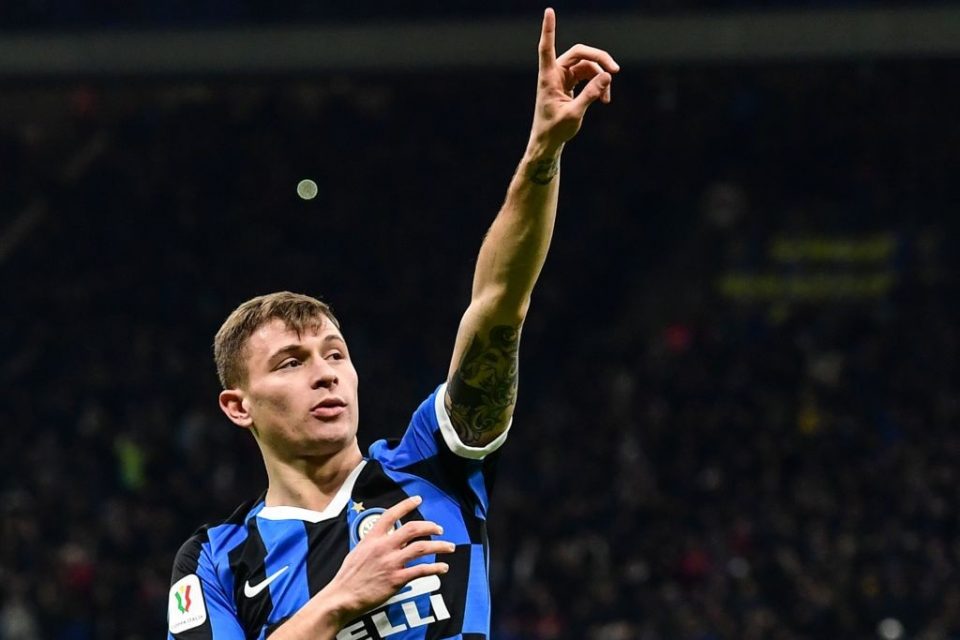 Inter central midfielder Nicolo Barella has spoken on how things are easier when you have a strike force such as Romelu Lukaku and Lautaro Martinez after Inter’s resounding 5-0 win over Shakhtar Donetsk in the Europa League semi final.

Barella set up Inter’s first goal as he intercepted the ball in the midfield before bending in a cross which Lautaro got on the end of.

Danilo D’Ambrosio scored Inter’s second and Lautaro then grabbed his second and Inter’s third. Romelu Lukaku netted Inter’s final two goals of the match near the end of the game.

“With strikers like Romelu and Lautaro, and Alexis when he plays, everything is easier. I put the ball into the middle and Lautaro scored,” he started an interview with Inter’s official club broadcaster Inter TV following on from Monday night’s clash at the Merkur Spiel-Arena.

Next he was asked about Inter’s growth as a team and whether a great Inter are coming back: “I have always said that we are a great team. We started a cycle, we made some mistakes that we needed for the step.”

In conclusion he was asked if he had a message for the Inter faithful and he responded with: “See you in the final.”