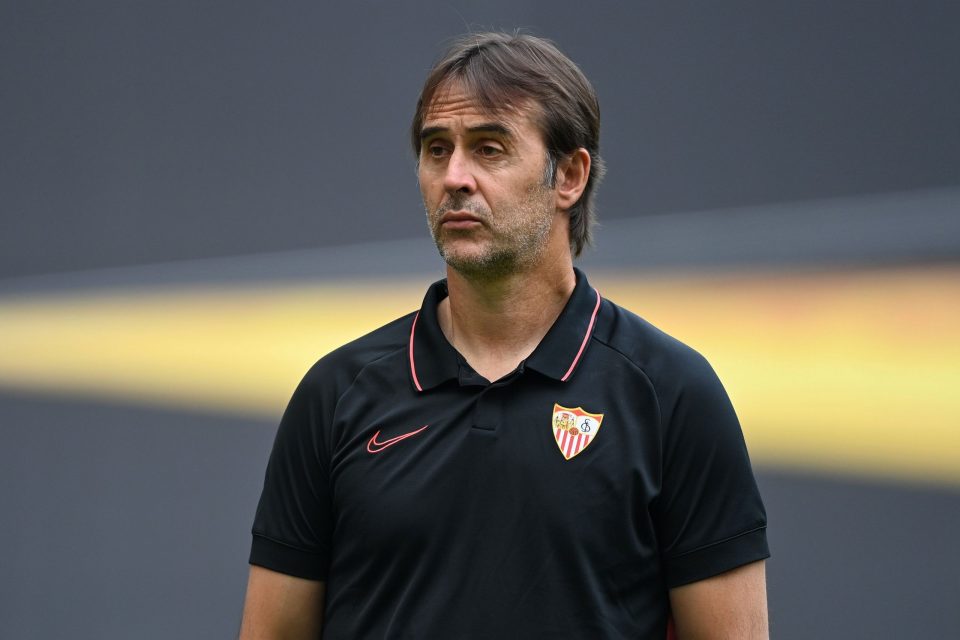 Sevilla manager Julen Lopetegui has sang the praises of Inter ahead of Friday night’s Europa League final against the Nerazzurri club.

“Inter will force us to play an extraordinary game. They are a team of a magnificent level, a team made to play in the Champions League who finished one point behind Juve in Serie A and has magnificent players and an experienced coach,” the former Spanish national team boss explained in an interview with Spanish radio station SFC Radio, earlier on today.

“We are aware of the team we are going to face and we need to prepare well. Inter have a very characteristic way of playing, all Conte teams have it.

“It is not easy for such high level players to lend themselves to playing in such a unique collective way. Their team is full of very talented players, which will force us to play an extraordinary match.”

Lopetegui proceeded to speak on his own side and shared his belief that they will get better as the days pass in the lead up to the final, which will be contested at Bundesliga club FC Koln’s RheinEnergieSTADION.

“With the passing of the days we will be better. Mentally the team will arrive well, excited, with the desire and ambition to play a very important game and also on a physical level every day we recover more.

“The team did an excellent physical job, which helped us finish the season as we finished it. The team will not lack soul because we will keep it in mind.”

Lopetegui then went on to speak about the fact that the final will be played behind closed doors, just like all other games in the competition have since the competition resumed after a hiatus due to the global COVID-19 pandemic.

“Although the stands are empty, it is as if they are not. We feel the spirit, the encouragement and the presence of our fans and our families.

“This always makes us feel involved. I want to tell the fans that we take them with us and that we will feel that soul they will put into the game even if we are thousands of kilometers away.”

Friday night’s match is scheduled to kick off at 21:00 local time in Cologne, Germany and will see five time winners Sevilla clash with three time winners Inter. The winner will qualify for the UEFA Super Cup and will also be included in the first pot for the 2020/21 Champions League group stage draw.