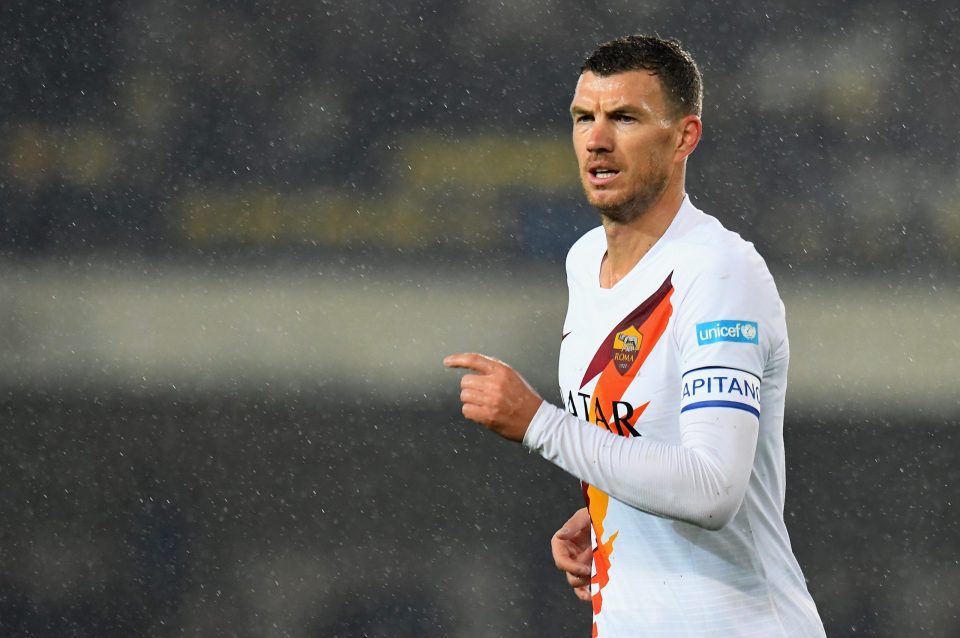 Roma chief executive Guido Fienga would prefer to sell Edin Dzeko to Juventus over other Italian clubs according to a report in today’s print edition of Italian daily newspaper Il Messaggero.

Whilst not being forced to leave, Dzeko is well aware that the club will not stand in his way if he wishes to move on a pursue a fresh challenge elsewhere.

Juventus and Atletico Madrid are both interested and as per the report they will make the first moves for the Bosnia and Herzegovina national team player, who Inter are also interested in signing.

Inter manager Antonio Conte is pushing for Dzeko to be signed as he looks to bolster the team’s attacking department and the report also states that Juventus sporting director Fabio Paratici is obssesed with the former Manchester City player.

During the 2019/20 season, Dzeko made 43 appearances across all competitions and in his time on the park he scored 19 goals and provided a total of 14 assists for his teammates.