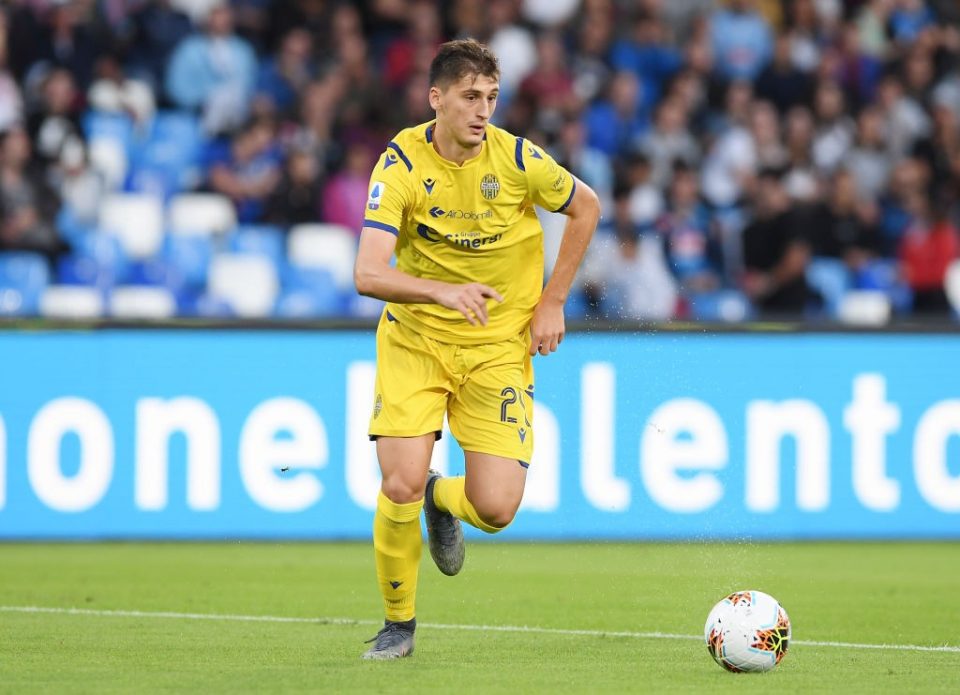 Hellas Verona president Maurizio Setti has refused to rule out the possibility of Marash Kumbulla staying with the club despite there being many clubs interested in signing him.

The Albanian national team central defender has been linked to Inter, with many reports stating the Nerazzurri are leading the race to sign him. Lazio have also been linked with him as have several other clubs.

“Inter ahead for Kumbulla ? Let’s say we await the end of the Europa League, this is true,” Setti explained in an interview with Italian daily newspaper Gazzetta dello Sport, which appeared in today’s print edition.

“There are also other top-tier clubs interested in Marash. However, it cannot be ruled out that he may stay another year in Verona.”

During the 2019/20 season, Kumbulla had his first team breakthrough at the Stadio Marc’Antonio Bentegodi club and he is now regarded as one of the best young defensive prospects currently plying their trade in Italy.

20-year-old Kumbulla, who is contracted to the Gialloblu until 2022, made 26 appearances across all competitions. In his time on the park, which totalled just under 2100 minutes, Kumbulla scored a single goal and helped Hellas Verona keep multiple clean sheets.