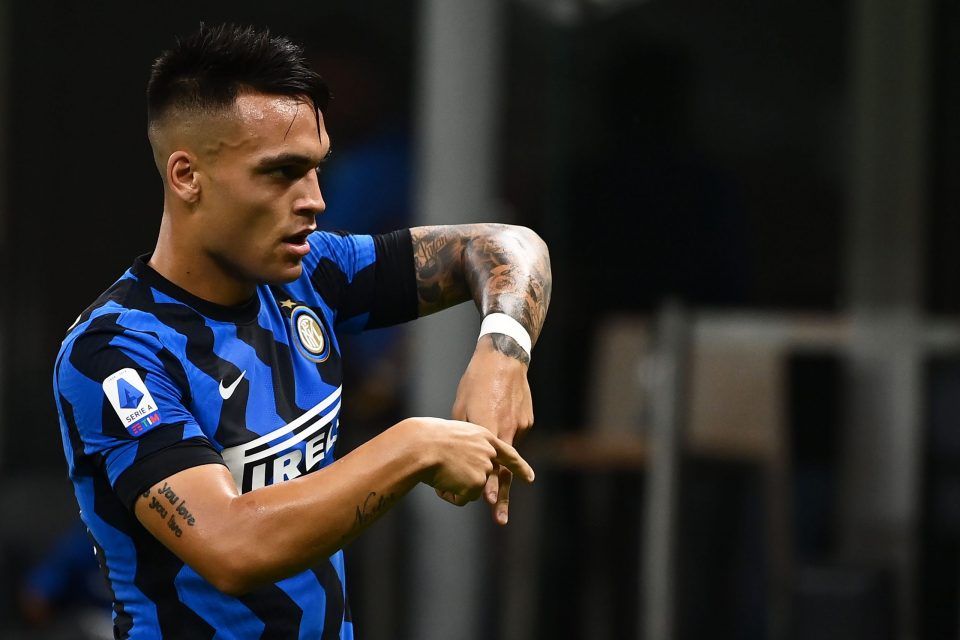 Inter striker Lautaro Martinez’s second goal against Slavia Prague in the 2019/20 Champions League group stage is in the running for Champions League goal of the competition, tournament organisers UEFA have confirmed.

The recently turned 23-year-old Argentine’s second goal of the game against the Czech side was a ferrocious volley which capped off a 3-1 victory for the Nerazzurri in the Czech capital.

Lautaro is one of four players from a Serie A club with a goal in the running with Juventus trio Cristiano Ronaldo, Douglas Costa and Juan Cuadrado all also having goals in the running.

The winner will be announced in a few days time on August 27.