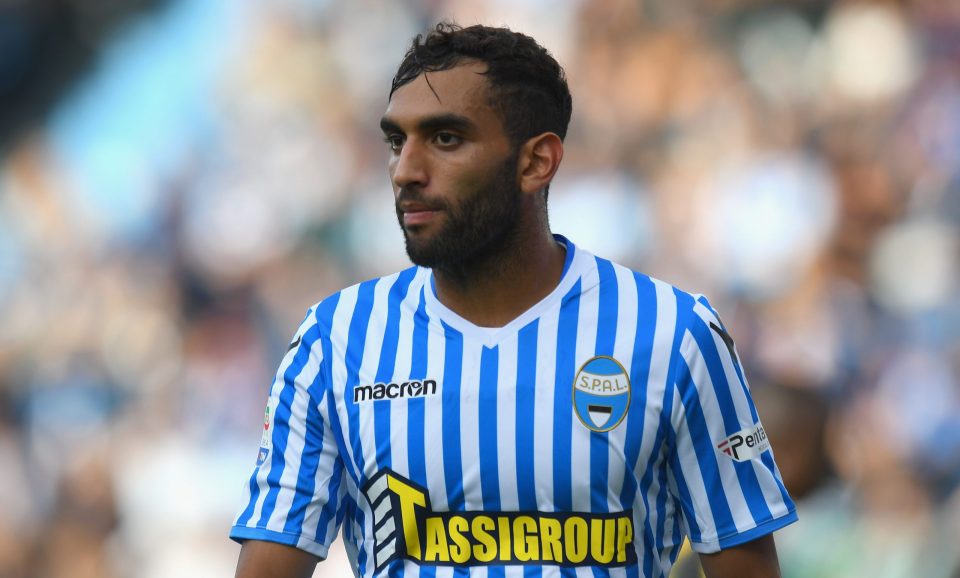 Lazio are close to securing a deal for SPAL wing back Mohamed Fares, who was close to joining Inter last summer, according to a report from today’s paper edition of the Milano based newspaper Gazzetta dello Sport.

The report details how the 24-year-old Moroccan was heavily wanted by coach Antonio Conte last summer, to the point that a deal was all but done.

The Nerazzurri were about to secure his signature for €12 million plus add-ons, but the player suffered a serious knee injury in a friendly, killing the deal before pen had hit paper.

Fares didn’t appear for SPAL until the 22nd February, the report continues, but despite missing the majority of the season, did enough to impress Lazio, who will close out a deal for him worth €10 million.

The Nerazzurri are again interested in the 24-year-opld Moroccan but now seem incredibly unlikely to sign him over the Biancocelesti, who are meeting with the Ferrera based club this weekend.