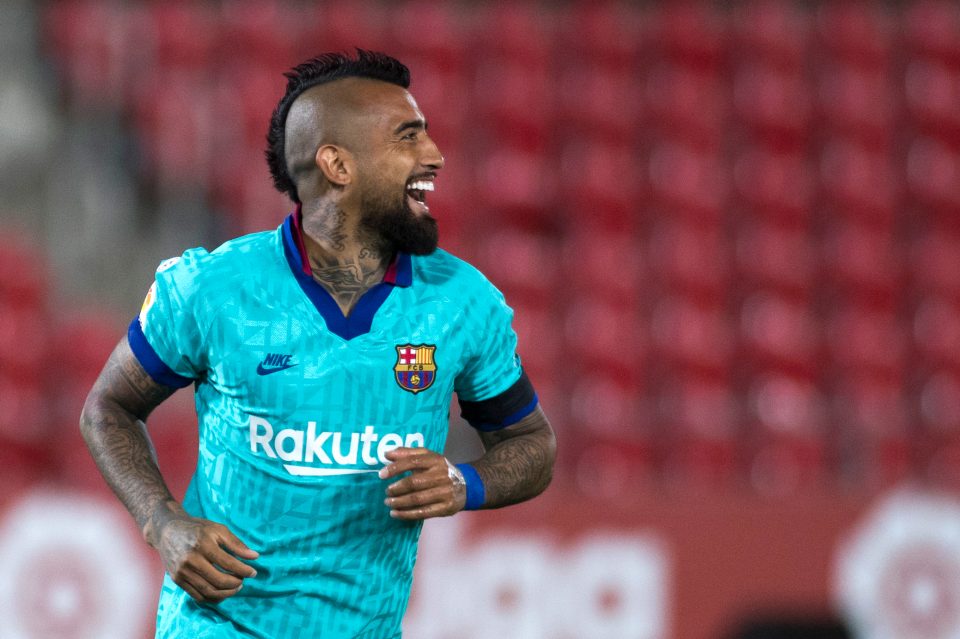 Arturo Vidal is negotiating a contract termination with Barcelona according to a report from Italian broadcaster Sky Sport Italia, which was aired late last night.

The Chilean national team player is following in the footsteps of Luis Suarez in attempting to terminate his deal with the La Liga outfit after he was told that he was not part of the club’s plans anymore.

The report goes on to explain that if successful in negotiating a contract termination with Barcelona, former Bayern Munich midfielder Vidal will be free to choose his next club thus meaning he would be free to join Inter who have courted him for a long time.

By joining Inter Vidal could also be reunited with former coach Antonio Conte.

During the recently concluded 2019/20 season, 33-year-old Vidal made 43 appearances across all competitions. In just over 2200 minutes on the field, Vidal scored eight goals and provided a total of three assists for his teammates.