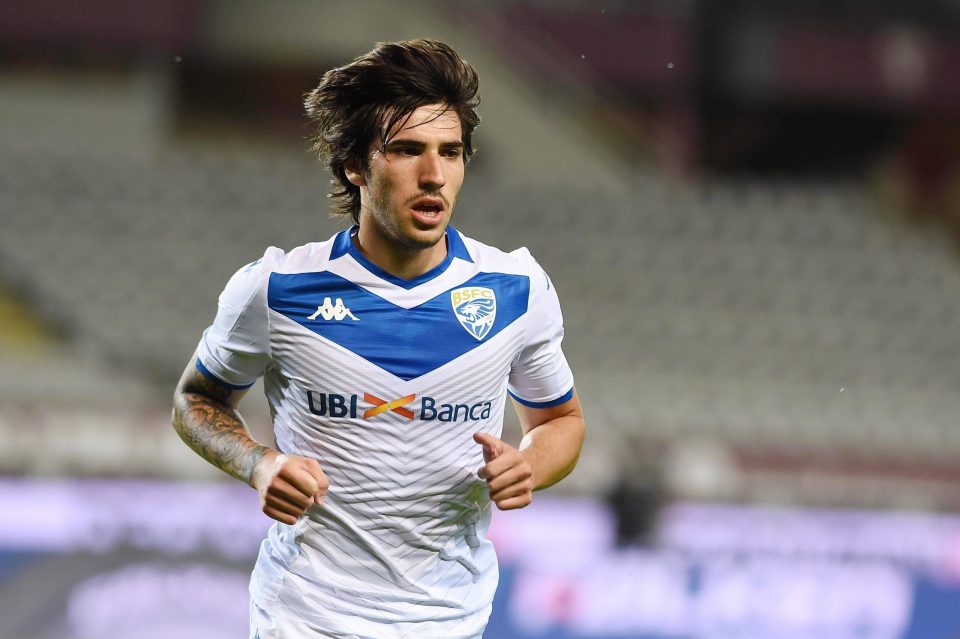 AC Milan have been able to get a deal done for Brescia’s Sandro Tonali due to Inter changing their strategy according to a report in today’s print edition of Italian daily newspaper Corriere della Sera.

Inter looked set to land Tonali due to having agreed personal terms with him months ago but never reached an agreement with Brescia over him with Inter opting to change their strategy with Inter manager Antonio Conte wanting the club to focus on experienced players.

AC Milan have agreed a loan with option to buy deal with Brescia for Tonali. AC Milan will pay €10 million for the loan, which is €7 million more than Inter were willing to pay for the loan. In addition to this, a €15 million option to buy has been agreed plus another €10 million in add-ons.

As part of the deal between the Rossoneri and Rondinelle, it has been agreed that Brescia will receieve 10% of a future sale if AC Milan are to sell Tonali.

The report goes on to explain that with Conte preferring more experienced players, the two priorities at the moment are Chelsea’s N’Golo Kante and Tottenham Hotspur’s Tanguy Ndombele whilst Atletico Madrid’s Thomas Partey is also an option.