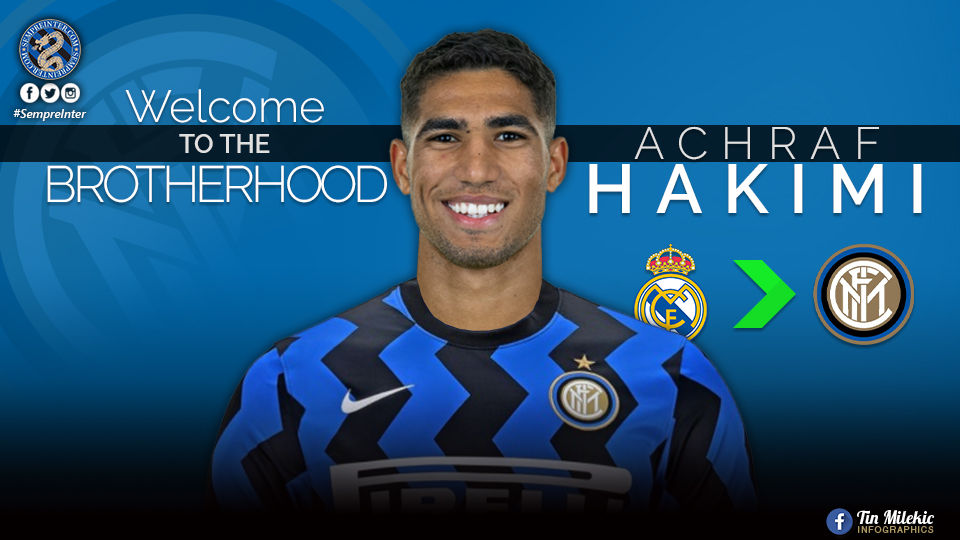 Inter have today deposited the contracts of four players on the day that the transfer window officially opens according to a report from Italian news outlet FCInterNews.it.

Inter have deposited the contract of Achraf Hakimi, who they signed in a €45 million deal from Real Madrid a few months ago. The Moroccan national team wing-back has joined the Nerazzurri club on a five year contract.

The other three contracts that the Nerazzurri club desposited belong to young players with those three young players being Georgios Vagiannidis, who has joined from Panathinaikos, Nikola Iliev from Botev Plovdiv and Nikolaos Botis from PAOK Thessaloniki.

It may not be long until Inter are depositing another contract with many reports in the media stating that they are closing in on signing Aleksandar Kolarov from fellow Serie A club Roma. Inter and Roma have agreed terms over the versatile Serbian and Inter and Kolarov are currently holding contract talks.