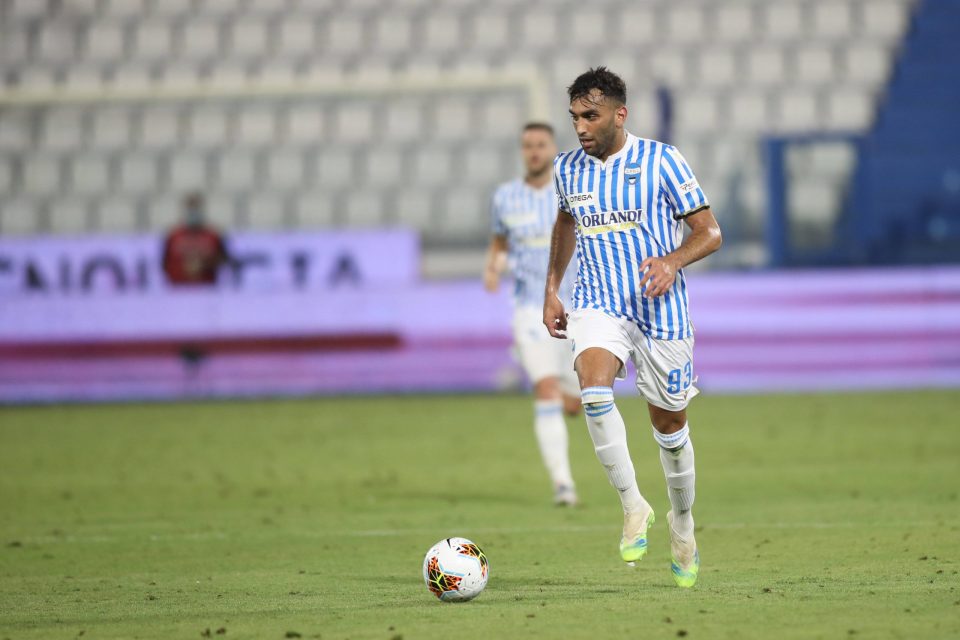 SPAL’s Mohamed Fares is waiting on Inter making a move to sign him according to a report from Italian broadcaster Sport Italia, which was aired a short time ago.

The Algerian national team wing-back has been subject to interest from fellow Serie A club Lazio for some time now but this report claims that he has taken his time with Lazio due to wanting to wait for Inter, who are reportedly considering a move for him as the look to bolster at wing-back.

The report from Sport Italia goes on to explain that Fares could be one of several players to arrive at Inter before the end of the transfer window.

Inter are close to wrapping up a deal to sign Aleksandar Kolarov from Roma and are also close to adding Arturo Vidal, who they have agreed a two year deal with, to their ranks as well.