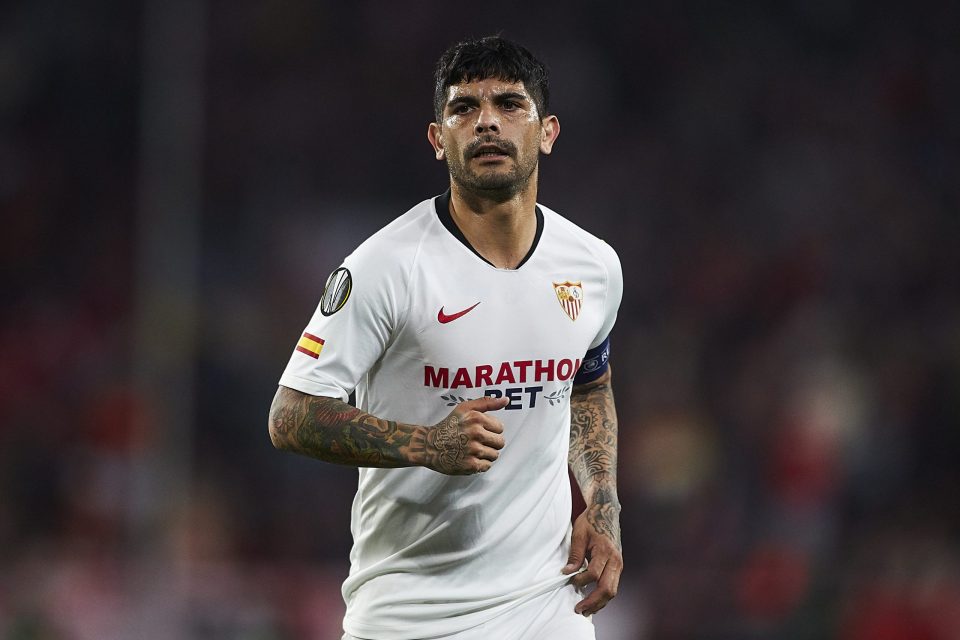 Ever Banega has given an apology to Inter manager Antonio Conte for his actions during last month’s Europa League final.

During the match at the RheinEnergieStadion, Banega and Conte had an exchange of words with the Argentine poking fun at Conte’s hair and asking whether or not it was real, which infuriated Conte.

“It was a heated moment in the match. I apologise to Conte if he was bothered by what I did,” Banega remarked during his Sevilla farewell press conference earlier on today.

The midfielder is leaving Sevilla for Saudi Arabian club Al-Shabab and also has a past with Inter. The 32-year-old joined Inter on a free transfer in the Summer of 2016 but lasted just a single season before he returned to Sevilla.

During his brief stint with Inter, Banega made 33 appearances across all competitions, in which he scored six goals and provided seven assists for his teammates. His highest point in a Nerazzurri shirt was his performance in Inter’s 7-1 demolition of Atalanta, in which he scored three goals and tallied two assists.