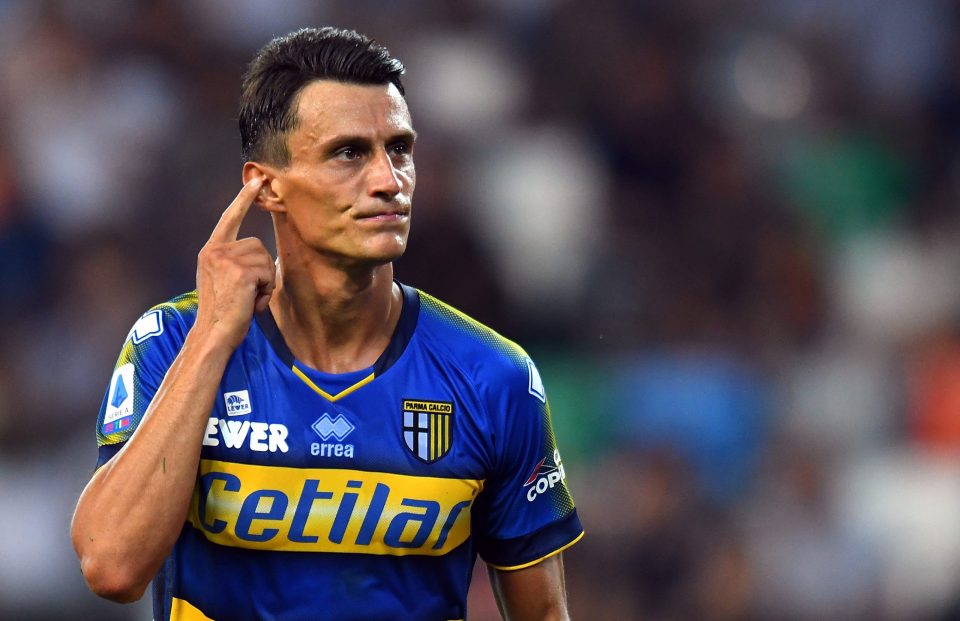 Inter are considering Parma’s Roberto Inglese as a potential addition to complete the club’s attack according to a report from Italian broadcaster Sport Italia journalist Ginluigi Longari.

Sebastiano Esposito is due to spend the upcoming season out on loan and Inter would like to bring in a fourth choice option for the attack who is capable as serving as the deputy to last season’s top goalscorer Romelu Lukaku.

Inglese is understood to be among the names being considered by Inter management and it is currently unclear how much Parma could demand to part ways with Inglese.

The 28-year-old Italian joined Parma on a permanent basis at the beginning of this month following two seasons on loan at the Ducali from fellow Serie A club Napoli.

Inglese, who is contracted to Parma until the end of the 2023/25 season, made 19 appearances across all competitions last term due to injury in which he scored four goals and provided a single assist.

Longari took to social media platform Twitter and posted: “Inter are looking for a striker to complete the department. The loan of Esposito is awaited. Roberto Inglese of Parma is among the names being considered for the role of deputy Lukaku.”