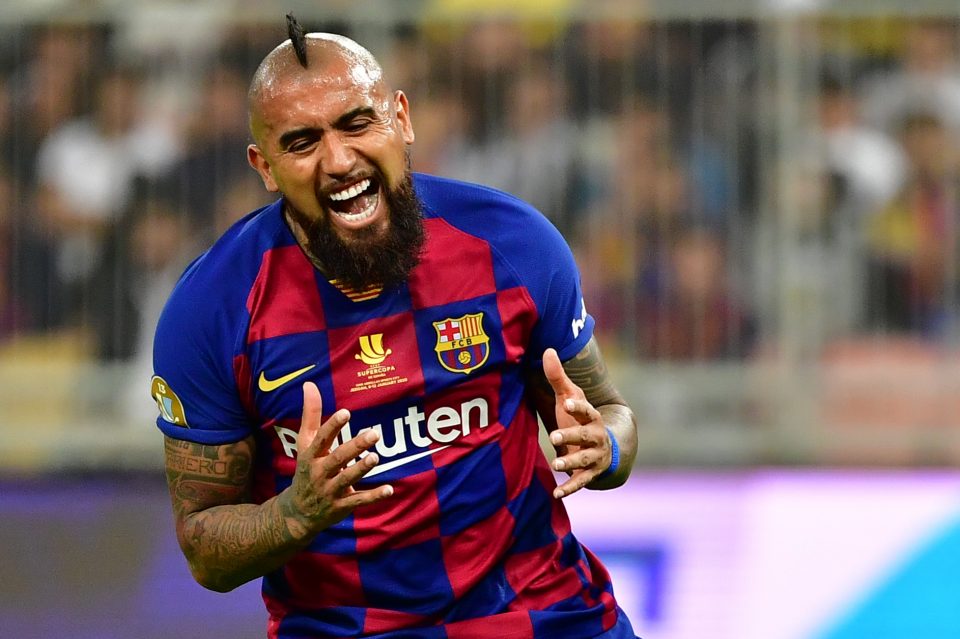 Barcelona sporting director Ramon Planes has confirmed that negotiations for Arturo Vidal to leave the club are at an advanced stage and has thanked him for his services.

For weeks now Vidal has been in talks with the Blaugrana club over a contract termination and it appears that he is on the brink of leaving the club.

Some reports have suggested that Inter could pay Barcelona a sum of €500,000 plus add-ons to land the experienced Chilean national team player, who has agreed to a two year contract with an option to a third year worth €6 million a year with the Nerazzurri club, who have courted him for a considerable amount of time.

“The negotiations for the farewell of Arturo Vidal are at an advanced stage. I take this opportunity to thank him for these two years,” Planes explained to the gathered media during new recruit Miralem Pjanic’s presentation press conference earlier on today.

“He’s a player with a big heart. The deal is not closed, and I can’t confirm the figures.”

Last season Vidal, who joined Barcelona in 2018 from Bayern Munich, made 43 appearances across all competitions, in which he scored eight goals and tallied three assists.