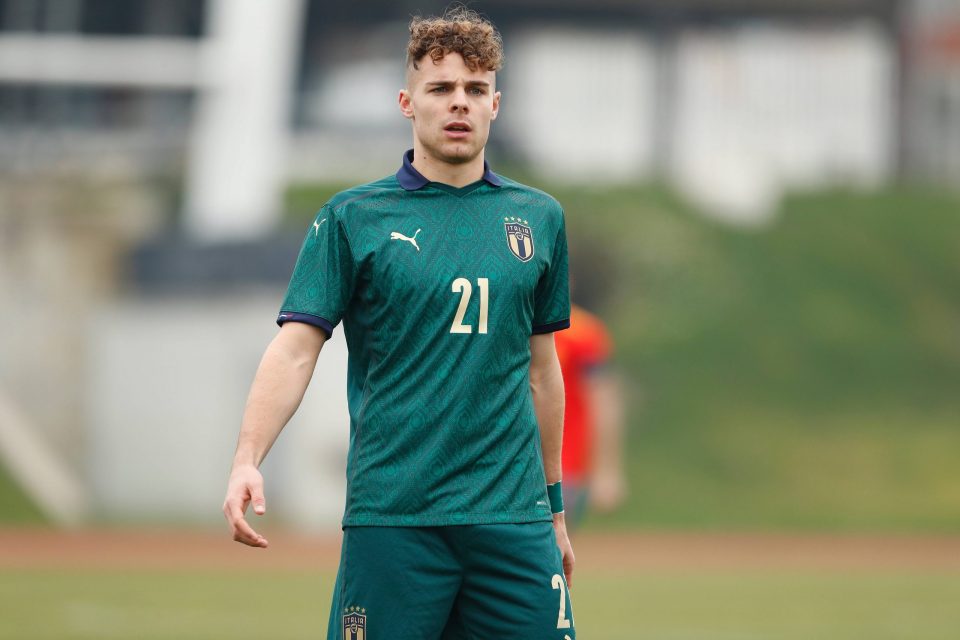 Inter have confirmed that young striker Edoardo Vergani has joined fellow Serie A club Bologna on loan via an official statement posted on the club’s website.

The Italian youth national team representative will spend the duration of the 2020/21 seaon on loan at the Rossoblu club who have obtained an option to buy him outright at the end of the season as part of the deal.

Inter’s release does not provide any detail of how much it will cost Bologna to sign Vergani up on a permanent basis.

The 19-year-old is a product of Inter’s youth academy and joined Inter back in 2014 from Monza. The Italy under 19 player has made 67 appearances between under 17 and Primavera level for Inter, in which he scored 25 goals and tallied four assists for his teammates.

Last season Vergani made 17 appearances across all competitions for Inter’s Primavera. In just over 800 minutes on the field, Vergani scored three goals and provided four assists.