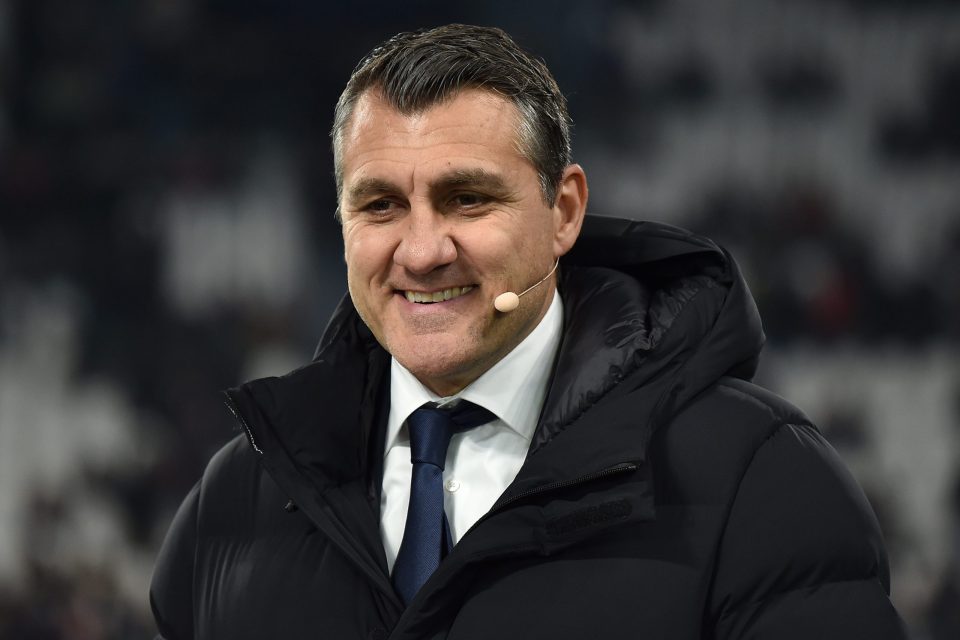 Former Inter striker Christian Vieri has shared his belief that Juventus will win the Serie A title one again if Giorgio Chiellini is fit.

Juventus have reigned supreme in Serie A for the past nine years with them having won each of the last nine Serie A titles and will undoubtedly be out to secure a tenth straight title this term too.

“Will Juventus win for the umpteenth time? I think so, especially if Chiellini will be fine. With him at the top of his game, the title discussion is likely to end very soon,” Vieri explained in an interview with Italian daily newspaper Corriere della Sera, which appeared in yesterday’s print edition.

“Juve have a devastating squad, they are already a great team, clearly stronger than the others and with the captain in good condition, the level of the entire group rises, not just the defence.

“Chiellini is one of the strongest defenders in the world, he has quality, charisma, physicality and mental strength. His presence on the field inspires the others.”

The former Italian national team forward was then asked whether Inter will be Juventus’ biggest challengers in the Serie A title race this season, which gets underway later on today.

“Will Inter be Juventus’ biggest rivals? Yes. It is good for Inter that Antonio Conte remained. Interrupting his work at this stage would have cost the Nerazzurri dearly.

“In my opinion, Conte’s first season was exceptional. Inter made the Europa League final and finished in second place in the league. No one affects a team more than him immediately and perhaps no one trains better than him on a physical level. He asks a lot, but he gives you back twice as much.”

Vieri then went on to sing the praises of Inter striker Romelu Lukaku, who scored 34 goals across all competitions in his debut campaign with Inter last season: “I’ve never seen him so fit in his career. Today he is an impressive striker, he has extraordinary power and speed.”

He then went on to speak further about Conte and Lukaku by adding: “Conte is a free man, he always says what he thinks, sometimes with a rather strong impact but you know what package you get when you hire him.

“Lukaku? Only those who do not understand football were skeptical about him. At the top of his game, he is one of the greatest strikers in the world.”