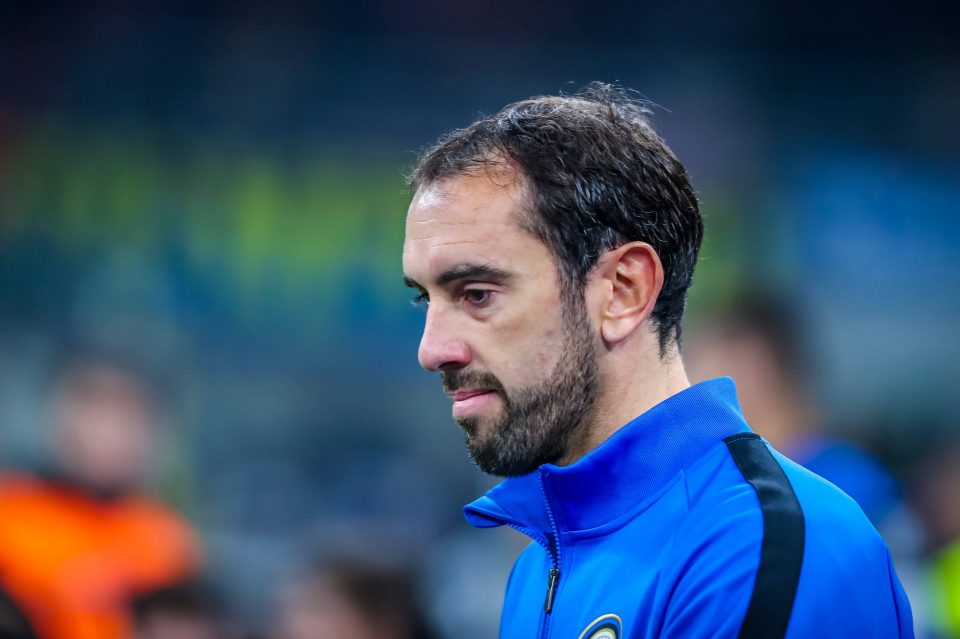 A report from today’s paper edition of the Turin based newspaper Tuttosport has analysed the imminent departure of Inter defender Diego Godin to Cagliari.

The report details how the 34-year-old Uruguayan veteran arrived in Milan last year on a free transfer, after his contract expired with long time home Atletico Madrid.

The player struggled to adapt to coach Antonio Conte’s three-man defense and tactical system, seeming shaky playing the ball out from the back.

Godin struggled to also find consistent playing time due to the emergence of Italian defender Alessandro Bastoni, the report continues, and the 21-year-old’s growth throughout the season confirmed that the Uruguayan’s minutes on the pitch would be less consistent.

Despite his issues, the player never stopped working hard, but due to his high wages, he had to be sacrificed by the Nerazzurri in order to focus on other, more important targets.

Godin is expected to sign for fellow Italian side Cagliari tomorrow.