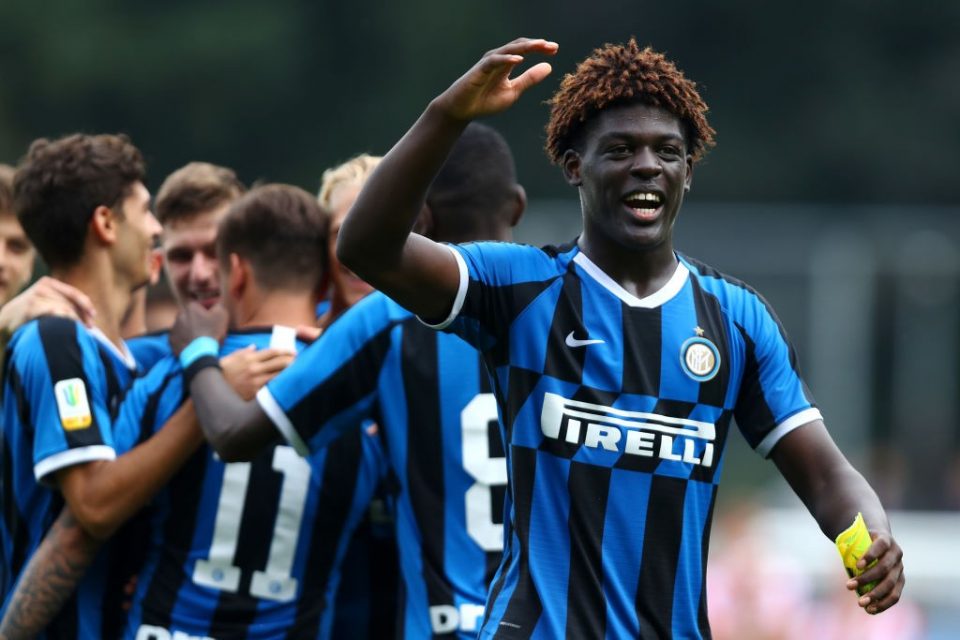 Kinkoue joined Inter in the Summer of 2019 from French club ESTAC Troyes and the Inter Primavera centre back recently committed his long term future to Inter by signing a contract until the end of the 2023/24 season.

“He is doing very well. In the past year he even managed to train several times with the first team and this year he aims to do the same,” Ferrari explained to Italian news outlet FCInterNews.it.

“His dream is to eventually make his debut but in the meantime, he wants to do very well with the Primavera. The boy wants to improve in all aspects of the footballer’s life day by day.”

Ferrari then went on to discuss Inter’s elimination from the 2019/20 UEFA Youth League against Real Madrid.

“It is too bad about the elimination from the UEFA Youth League against Real Madrid, who then won the competition. The young Nerazzurri believed in themselves. They will try to make up for it this year and will try to win their league.”

He then went on to discuss the recent media speculation that has seen several clubs in his native France be linked with him as well as some Serie B clubs.

“We have never talked about these things in a real way. He wanted to stay at the Nerazzurri. Inter wanted to keep him too. Therefore nothing coming from the outside has been taken into consideration.

“We know of the interest of clubs from Ligue 1 and Ligue 2 and there is appreciation from Serie B clubs. However, this does not distract us from the fact that he has to progress with Inter.”

Ferrari then spoke briefly on how he first came across Kinkoue: “I work with very competent people in France. It is inevitable to clash with top players.”

Ferrari then went on to to speak on some of the defender’s best attributes as a player and shared his hopes for his career both in the long term and in the short term.

“Kinkoue has sensational advantages in terms of his build and physicality. If he lives up to his promise, as we believe and hope he will, he is likely to become an important player but in the meantime, let’s think about doing well this year with the Primavera and making sure that Conte notices him. We will see what happens.”