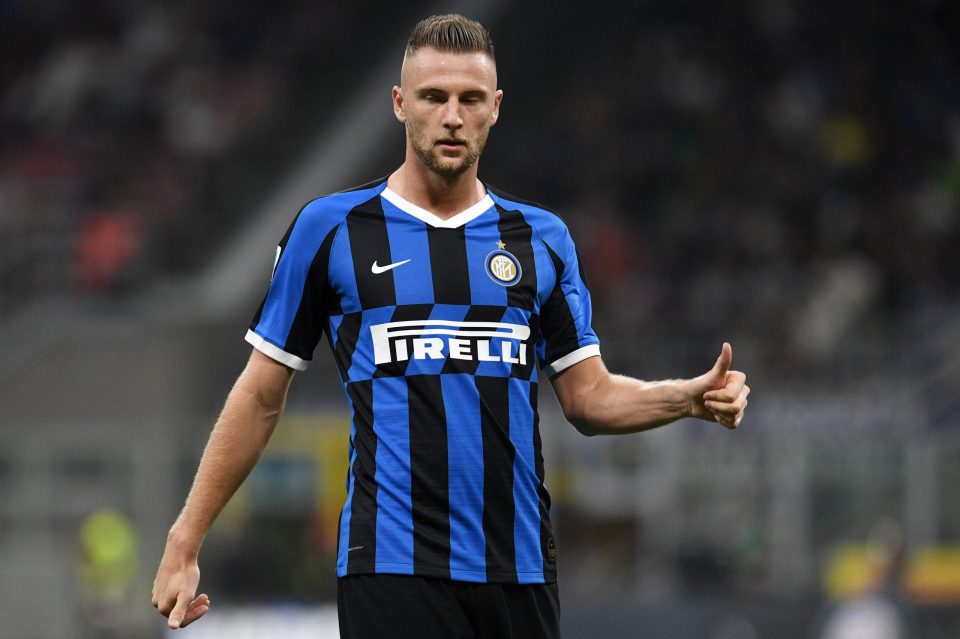 Inter could be convinced to sell Milan Skriniar for an offer just shy of €50 million according to a report from Italian broadcaster Sport Italia journalist and transfer market expert Alfredo Pedulla, as per Italian news outlet FCInter1908.it.

Inter could let the Slovakian national team player, who is subject to interest from Tottenham Hotspur, leave the club for a fee between €45-48 million including add-ons and Inter have two players in mind who they could move for to replace him.

Manchester United’s Chris Smalling, who is also subject to interest from Roma, is an option as is Napoli’s Nikola Maksimovic.

Maksimovic’s contract with Napoli is due to expire at the end of the season and there is little chance of him extending his contract.

For this reason the Serbian, who has experience of playing in a three at the back system, could be a low cost option for Inter as he could cost €7-8 million.

The report also goes on to add that Inter continue to want Chelsea central midfielder N’Golo Kante. The Frenchman is no longer deemed as untouchable by the London based club and could be signed for €50 million.