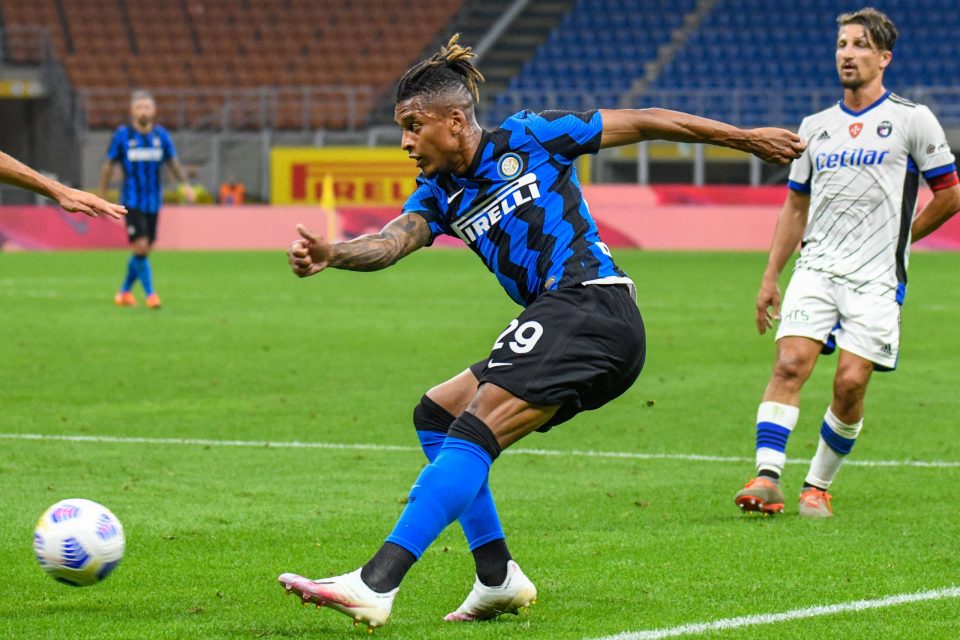 Intermediaries have been in touch with Dalbert’s representatives to propose him to St Etienne according to a report from Italian news outlet FCInterNews.it.

The Brazilian wing-back is back at Inter after a season long loan spell at Fiorentina last season and they could make a loan with option to buy move for him although Inter would rather it be an obligation to buy.

Inter rejected a new loan bid from Fiorentina whilst Dalbert has knocked back the advances of reigning Turkish Super Lig champions Istanbul Basaksehir.

The Brazilian has also been subject to enquiries from West Ham United, Newcastle United and Atalanta but nothing has materialised as Inter ultimately want to sell the player.

The report goes on to explain that St Etienne manager Claude Puel has given the green light to club management to proceed with a move for Dalbert.

In the coming days if things have not moved along, his representatives could travel to Milan to hold talks with Inter in a bid to find a solution that suits everyone, the report concludes.