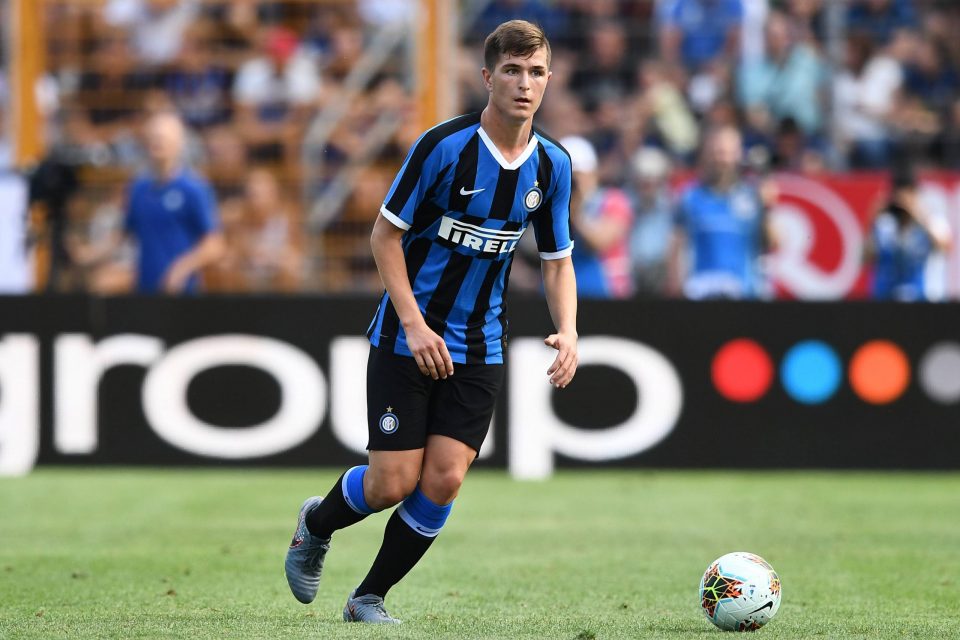 Lorenzo Pirola appears set to spend the season out on loan according to a report from Italian news outlet FCInterNews.it.

The Inter youngster currently has interest in services from several Serie B clubs in Cremonese, Lecce, Pescara and Frosinone as well as the ambitious Monza, who have in fact accelrated in their pursuit to bring him to the club.

The reason Pirola is set to go out on loan is due to the stay of Andrea Ranocchia, which was confirmed by Inter sporting director Piero Ausilio prior to Inter’s 5-2 rout of Benevento this evening.

Rather than be the seventh choice central defender at Inter, Pirola will go out on loan where he will be able to play regularly which will only help him in his cotinued growth and development as a player.

The report goes on to explain that Ranocchia staying at Inter does not impact Inter’s pursuit of Parma’s Matteo Darmian. The two situations are not linked to one another and in the next 48 hours Inter and Parma will have further talks. A deal worth €2.5 million is currently in the pipeline for Darmian.