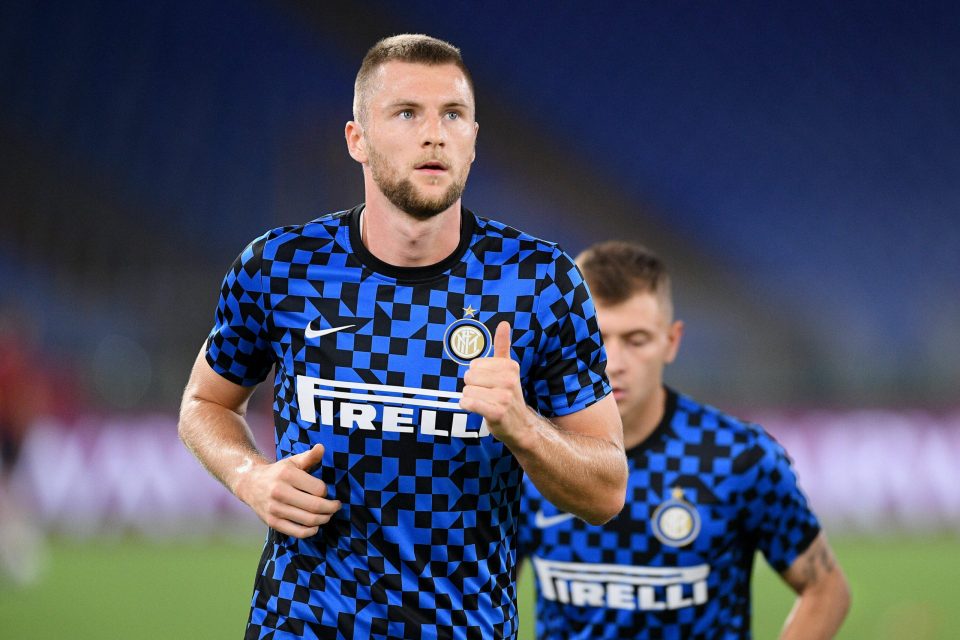 Milan Skriniar is expected to stay at Inter this season despite interest from Tottenham, according to the print edition of Wednesday’s Gazzetta dello Sport.

The centre-back was left out of Antonio Conte’s starting XI on Saturday as the Nerazzurri kicked off their Serie A campaign with a win at home to Fiorentina.

But Tottenham have still yet to make a substantial offer for the 25-year-old, meaning there is now little time for the clubs to agree a deal.

Skriniar is likely to start tonight’s match away to Benevento as further proof that his future lies in Milan.

Inter were monitoring Fiorentina’s Nikola Milenkovic and former Roma defender Chris Smalling as potential replacements for Skriniar, but their interest in both now finishes as a result.

Andrea Ranocchia is also expected to stay at Inter now, at least until January, having previously been linked with a move to Genoa.

In terms of attacking options, Gazzetta reported there was very little chance Inter would pursue a deal for Parma forward Gervinho, despite other reports elsewhere.