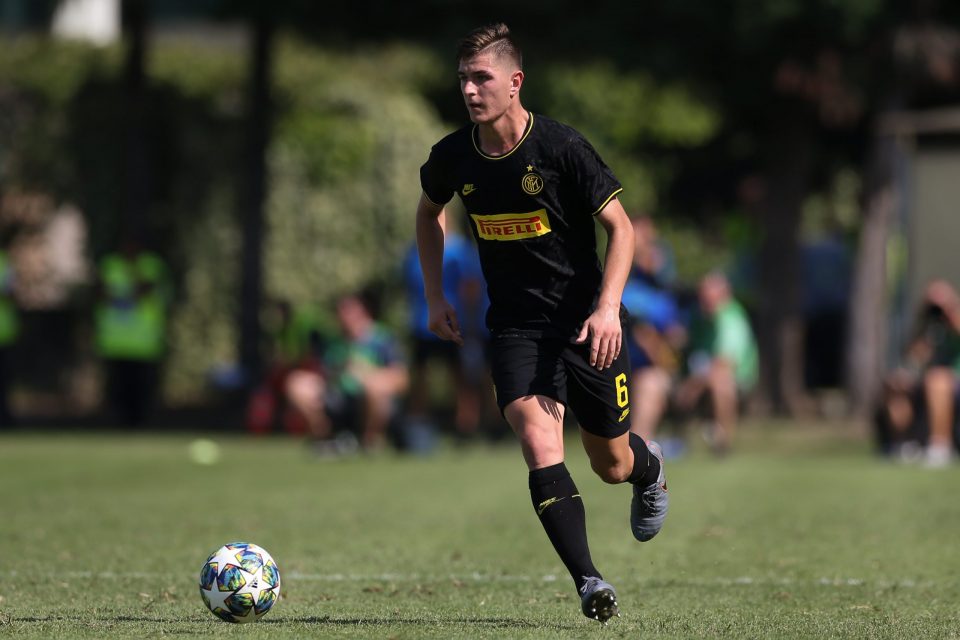 Pescara and Monza are to go head to head to sign Inter youngtser Lorenzo Pirola according to a report from Italian news outlet FCInterNews.it.

Pescara have presented Inter with a loan with option to buy offer for the highly rated Pirola which also contains an option for Inter to buy him back, if Pescara were to sign him on a permanent basis.

Monza are ready to come back in for the Italian youth national team representative in the event that they sell Armando Anastasio, who is subject to interest from Ascoli.

The report meanwhile goes on to state that Frosinone have relinquished their interest in signing Pirola whilst Lecce are pondering taking him on a two year loan linked to them returning to Serie A.

Pirola is one of Inter’s highest rated prospects but at the moment he is far from a first choice option at the club at the moment. Last season he made his first team debut for Inter.