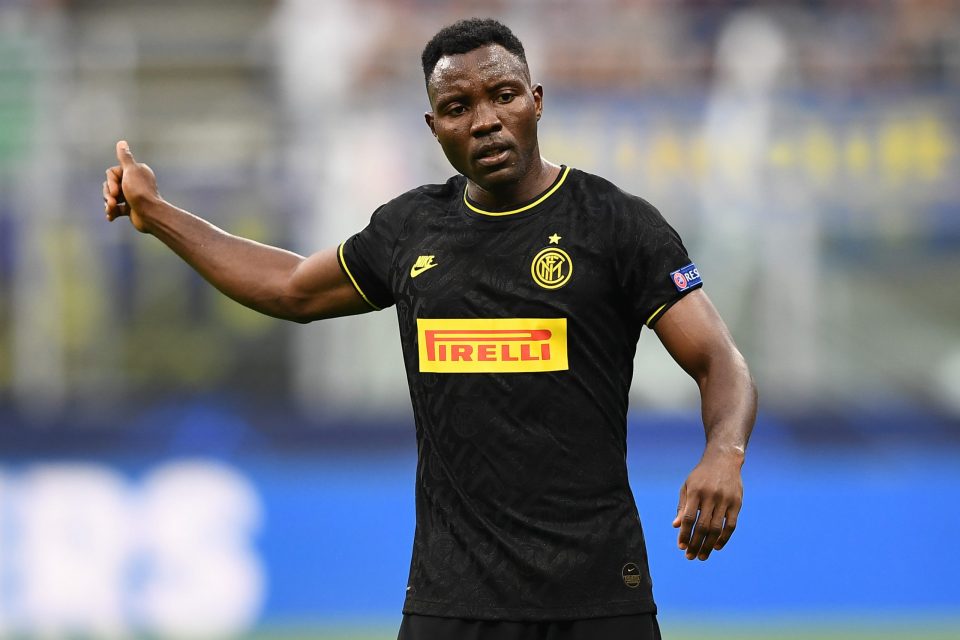 Kwadwo Asamoah has terminated his contract with Inter according to a report from Italian broadcaster Sky Sport Italia journalist and transfer market expert Gianluca Di Marzio.

Asamoah’s agent Edoardo Crnjar was at Inter headquarters to finalise the contract termination and Asamoah is now free to join any club of his choosing. He has been linked with a potential move to Sampdoria as of late and it now remains to be seen if he will move to them.

The experienced Ghanaian national team defender joined Inter in the Summer of 2018 on a free transfer after his contract with Inter’s arch rivals Juventus had expired at the end of last season.

During his three year spell with Inter, the 31-year-old, who formerly played for Udinese, made a total of 53 appearances across all competitions for the club. During his time on the park, he managed to provide his teammates with a total of three assists.