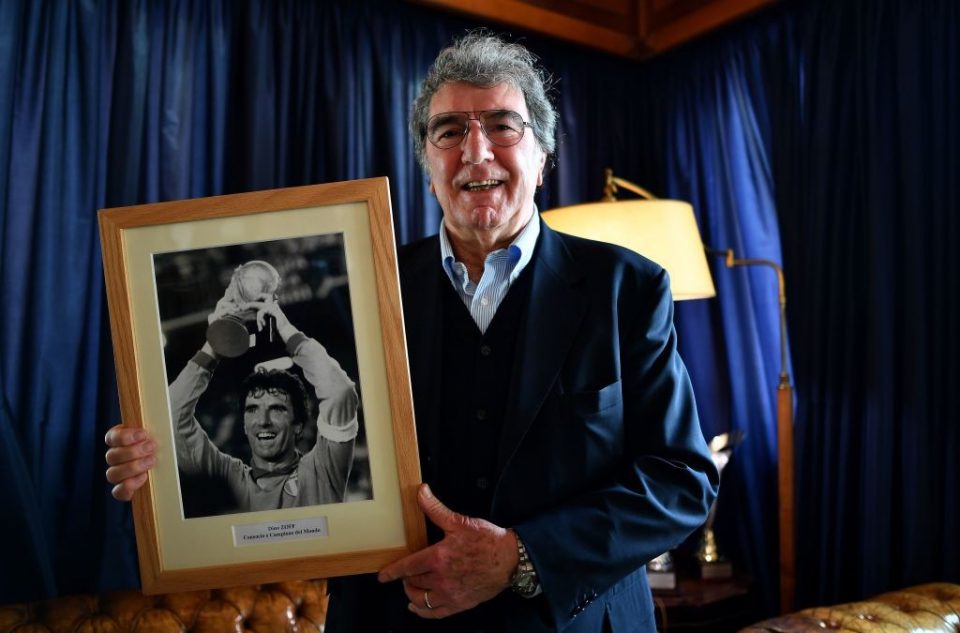 Former Lazio coach Dino Zoff discussed the season and the effects of COVID-19 on the competition in an interview with Italian radio broadcaster Radio Kiss Kiss earlier today.

“You have to get to a solid position. The ASL have said theirs, and I do not contest, but we need certain and clear rules. If you say that the season must continue in a certain way, then you must respect what has been established.

“I do not believe that there are mistakes that have been made, simply there are rules that must be respected. They must first establish clear rules.”

The 1982 World Cup winner spoke about the title race between Juventus, Inter, Napoli and Atalanta.

Atalanta has started their league campaign strongly, winning their opening three games of the season against Cagliari, Lazio and Torino, scoring 13 goals in that time.

Antonio Conte’s Inter are a step behind the Bergamo based club, after last weekend’s draw with the slow starting Lazio. The Nerazzurri next game is the Milanese derby against AC Milan, an important fixture.

The Rossoneri are currently joint with Atalanta at the top of the table, having beaten Spezia, Crotone and Bologna. Conte’s squad is their first real test of the season.

Five Nerazzurri players will be forced to miss next weekend’s game after testing positive for COVID-19, with Radja Nainggolan, Roberto Gagliardini, Ionut Radu, Milan Skriniar and Alessandro Bastoni all contracting the contagion.