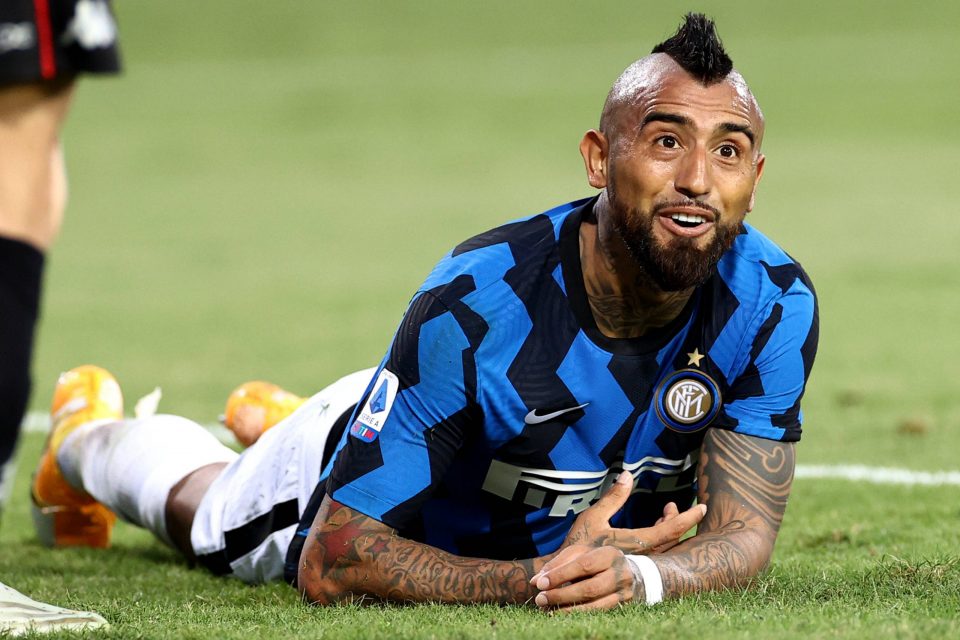 A report from today’s paper edition of the Turin based newspaper Tuttosport has analysed the derby duel between Inter midfielder Arturo Vidal and AC Milan’s Ismael Bennacer.

The report details how the 33-year-old Chilean joined the Nerazzurri less than a month ago from Barcelona and will already be playing his first derby in Milan.

The player’s experience and good work with coach Antonio Conte means that he is ready to face the Rossoneri, especially considering he has already appeared in every game so far this season.

The 22-year-old Bennacer, who is contracted to the Rossoneri until 2024, is one of the strongest players in the squad, with his role as a defensive midfielder key for Stefano Pioli. He has made six appearances already this season, providing one assist in that time.