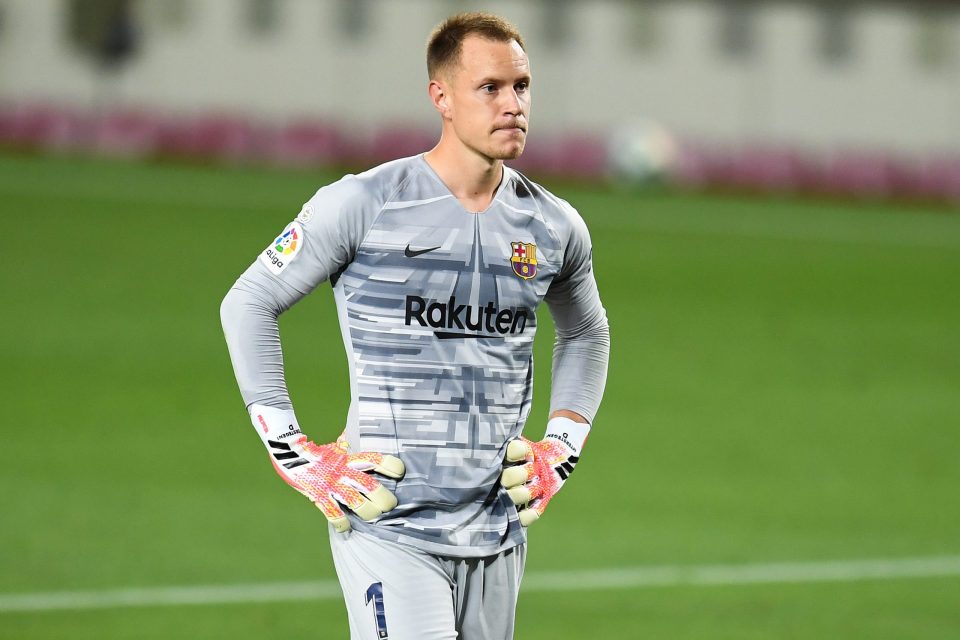 Inter are among a number of suitors for Barcelona’s Marc-Andre Ter Stegen according to a report from the online edition of Spanish news outlet Mundo Deportivo.

The German national team shot-stopper would like to stay with the Blaugrana club and will have no shortage of options available to him in the event he looks to leave.

Chelsea and Juventus are also understood to be interested in signing him whilst Inter are thinking about Ter Stegen as the long term replacement for the ageing Samir Handanovic and have tried to persuade the former Borussia Monchengladbach player to not listen to contract renewal offers from Barcelona.

A return to Germany could also be possible for Ter Stegen with the report going on to add that Bayern Munich also have an interest in him.

This season the 28-year-old has not appeared at all due to a knee injury, which is expected to keep him out on the sidelines for a few more weeks yet. His contract with Barcelona is due to expire in 2022.