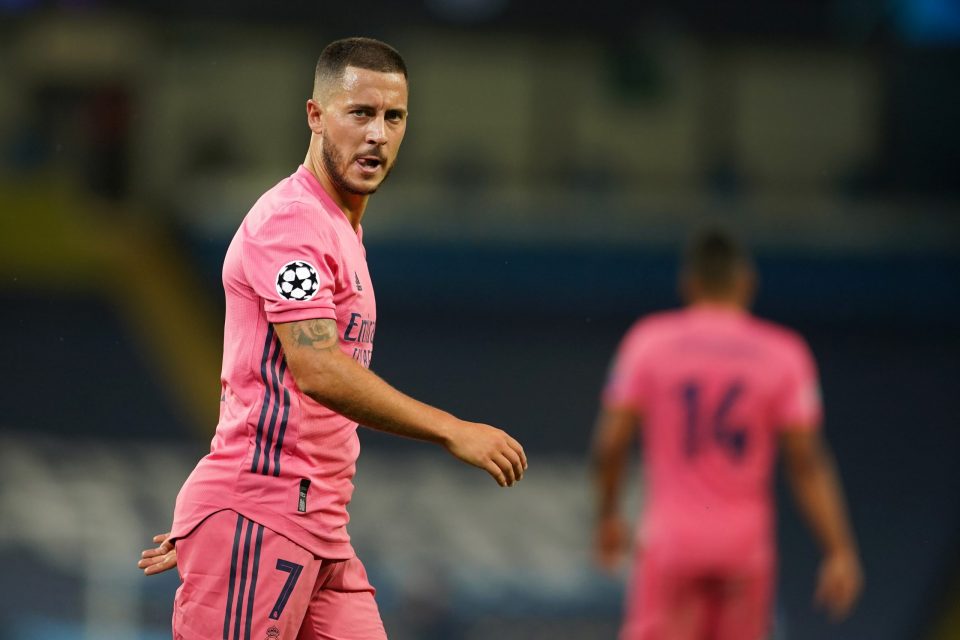 Real Madrid could have to do without Eden Hazard for their upcoming Champions League match against Inter according to a report from Italian news outlet FCInterNews.it.

According to this report, which cites a report from Spanish news outlet Marca, Hazard will certainly miss El Clasico against Barcelona on October 24.

Neither the player nor Los Blancos are wanting to take any chances and at the moment there has been no date set for him to return from his long time on the sidelines.

The report from FCInterNews.it goes on to add that Hazard alongside Dani Carvajal and Alvaro Odriozola are all strong doubts for the Champions League group stage encounter with Inter which will be played on November 3.

Hazard has barely played for Real Madrid in the past year due to a series of injuries and he has been limited to just 22 appearances across all competitions since joining them in July 2019.