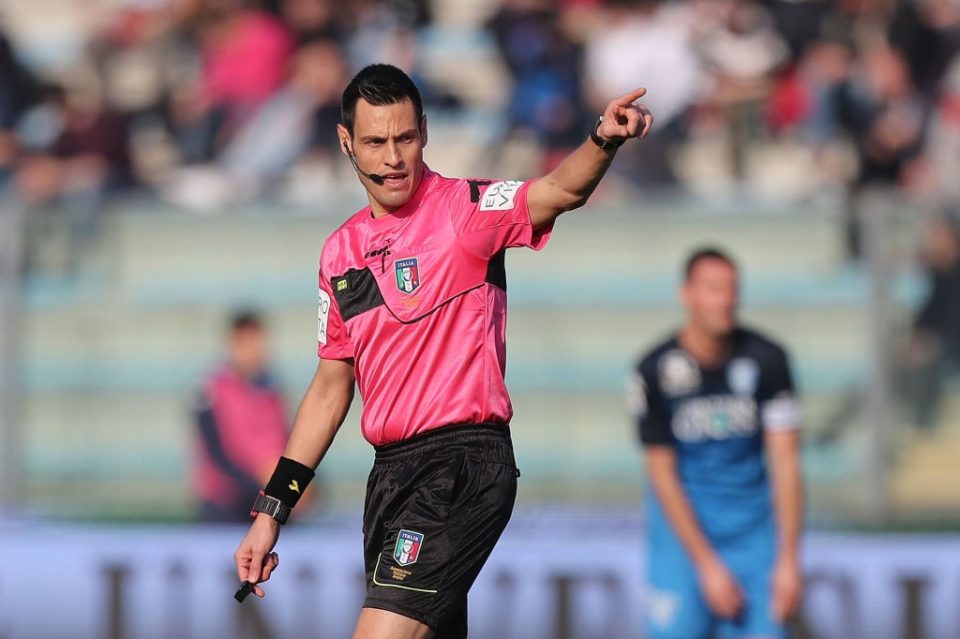 A report from today’s paper edition of the Rome based newspaper Corriere dello Sport criticised the performance of Italian referee Maurizio Mariani in yesterday’s derby between Inter and AC Milan.

The report details how the official failed to give Rossoneri midfielder Franck Kessie a second yellow or red card for his foul, disappointing for the Nerazzurri.

The 23-year-old Ivorian, who was already booked, strongly challenged Inter wing back Achraf Hakimi and clattered dangerously into the Moroccan’s ankle.

The challenge was a clear foul and definitively a yellow card, if not a straight red card.

There was also the case of Romelu Lukaku’s penalty, which was called back after Simon Kjaer’s touch was considered fortuitous and not a genuine play, and so the Belgian was offside.

29 fouls were called by Mariani, with the Italian referee giving both the Nerazzurri and the Rossoneri three yellow cards each.

His call for a penalty in the first half was the correct decision.