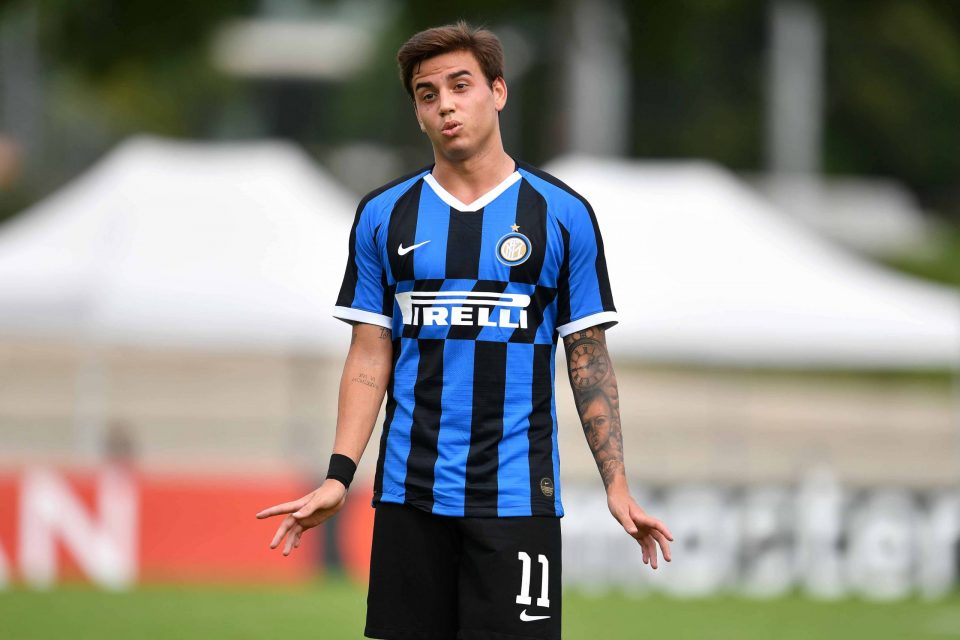 Inter Primavera youngster Matias Fonseca has signed a new contract with the club according to a report from Italian news outlet FCInter1908.it.

The highly rated youngster, who is the son of former Roma and Juventus plater Daniel Fonseca, has put pen to paper on a new contract with Inter which ties him to the club until the end of the 2022/23 season.

Fonseca is a product of Inter’s youth academy and has a very good goal scoring record when representing the Nerazzurri at youth level.

The 19-year-old has made 52 appearances between under 17 and Primavera level for the Nerazzurri, during which he has scored a total of 26 goals and provided three assists for his teammates.

Fonseca has featured on the substitutes bench for the Inter first team on several occasions in the past but is yet to have had the opportunity to take to the field and make his first team debut for Inter.