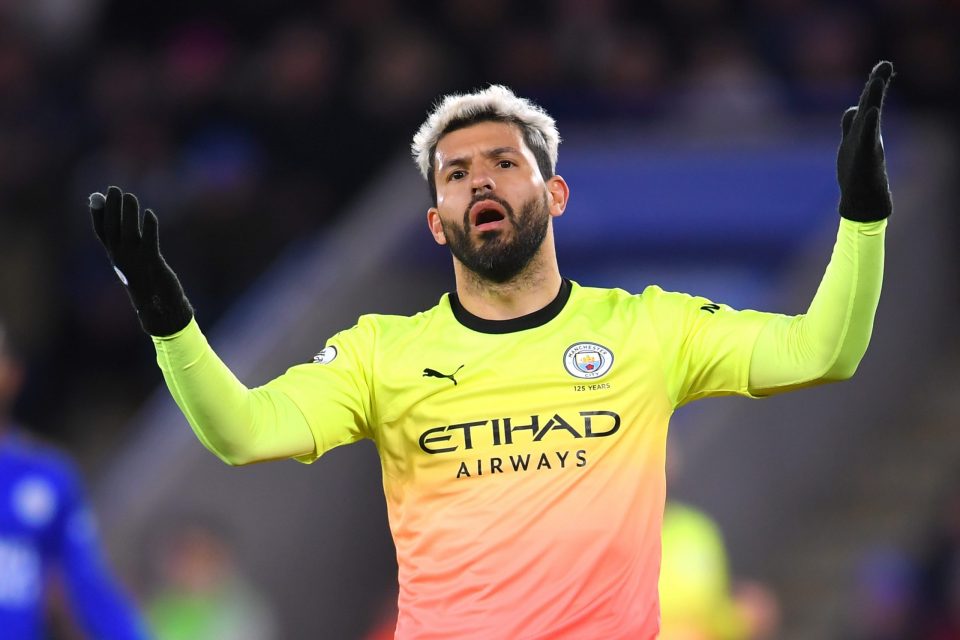 Sergio Aguero’s agent Hernan Reguera has insisted that he has not spoken with anyone with regard to his client’s future at this moment.

The Manchester City star’s contract with the Premier League club is up at the end of the season and Inter are one of several clubs to have been linked with possibly acquiring him on a free transfer in the Summer.

“Look, I haven’t talked to anyone. I have no idea. And by the way, I’m on vacation right now,” he revealed in an interview with Italian news outlet FCInterNews.it.

He was then asked if his client’s future would be decided in the coming months to which he simply responded: “Exactly.”

In conclusion Reguera was asked if he and his client are open to any possibility from renewing his contract with Manchester City to perhaps moving to a club in Italy or Spain.

Aguero has been one of the most prolific goal scorers in football in the past decade with him having scored no less than 254 goals in 371 appearances for Manchester City.