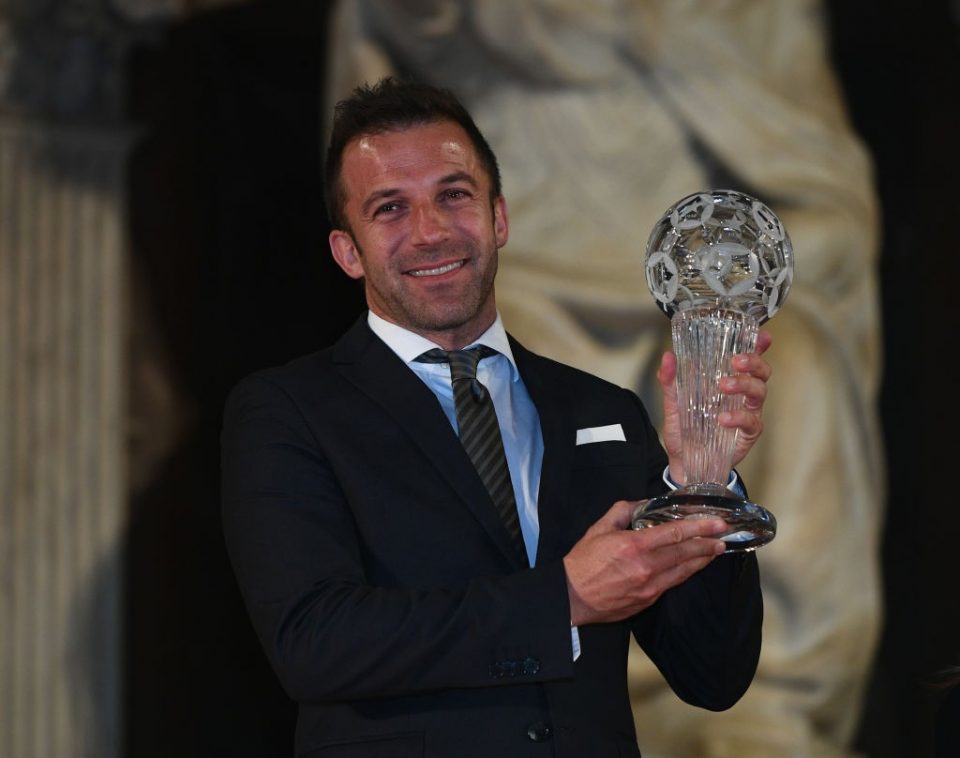 Legendary Italian footballer Alessandro Del Piero has stated his belief that Inter manager Antonio Conte must find out how to get the great potential that this Inter squad has out of them.

Inter have started the 2019/20 season in an acceptable manner with them having won three of their opening five matches in Serie A, in which they have scored 13 goals whilst conceding eight.

“I want to say two things regarding Conte. We are at the beginning of the season and Inter’s transfer campaign is not bad, Inter’s squad is not bad,” Del Piero explained whilst present in the studios of Italian broadcaster Sky Sport Italia, yesterday morning.

“It’s the second year, balances and positive things are created within the club, things must improve. After a tumultuous summer, they found themselves together and moved on.

“These are important signals that Antonio is giving on the pitch. Inter have great potential and he knows it. He has to find a way to get it out.”

2006 World Cup winner Del Piero, who spent the majority of his playing career at Inter’s arch rivals Juventus, then shared his views on Christian Eriksen’s situation at Inter.

The Danish national team attacking midfielder joined Inter in the January transfer window from Premier League side Tottenham Hotspur but has very much struggled to perform to expectations and has left a lot to be desired with his performances in a Nerazzurri shirt.

“Eriksen? If Conte believes in him and lets him play, beyond the difficulties and the fact that Barella fits better with the intensity he asks for, he sees something in him for the future.”