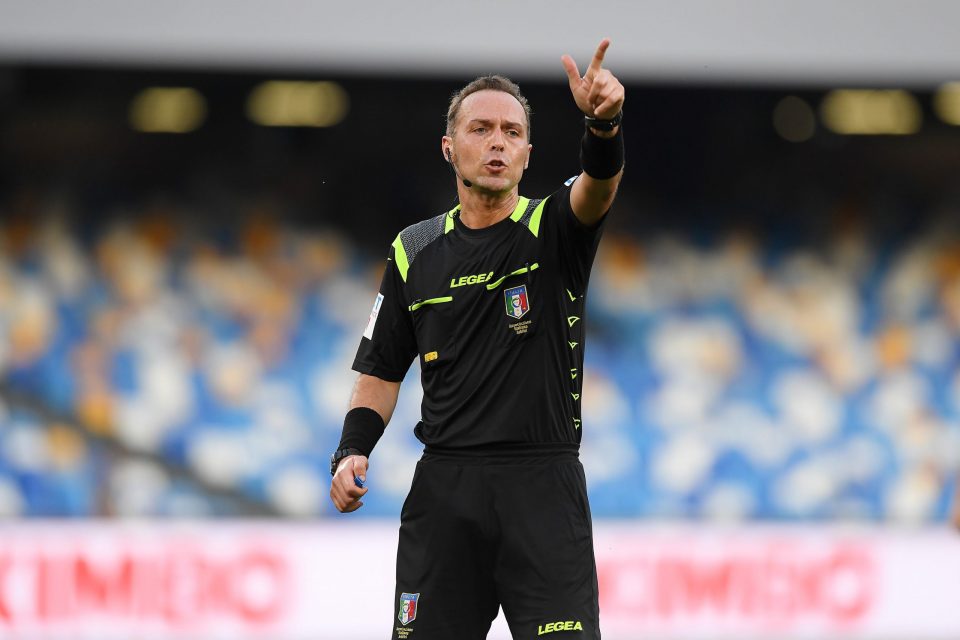 The match official assignments for the coming round of Serie A action have been announced with Luca Pairetto assigned to referee Inter’s match at home to Parma.

The 36-year-old referee, who has been a referee for 20 years and has refereed in Serie A since 2013, has refereed two matches across all competitions to date this term, neither of which have involved Inter or Parma.

Last season Pairetto refereed Inter on two occasions, one of which Inter won, whilst he refereed Parma on three occasions and the Ducali club won none of the games he refereed them in.

Matteo Passeri and Stefano Liberti will be Pairetto’s assistants for Saturday evening’s encounter at San Siro whilst Marco Piccinini will be the fourth official for the match.

Fabio Maresca has been appointed to take charge of VAR and he will be assisted by Sergio Ranghetti for the match which is scheduled to kick off at 18:00 local time.