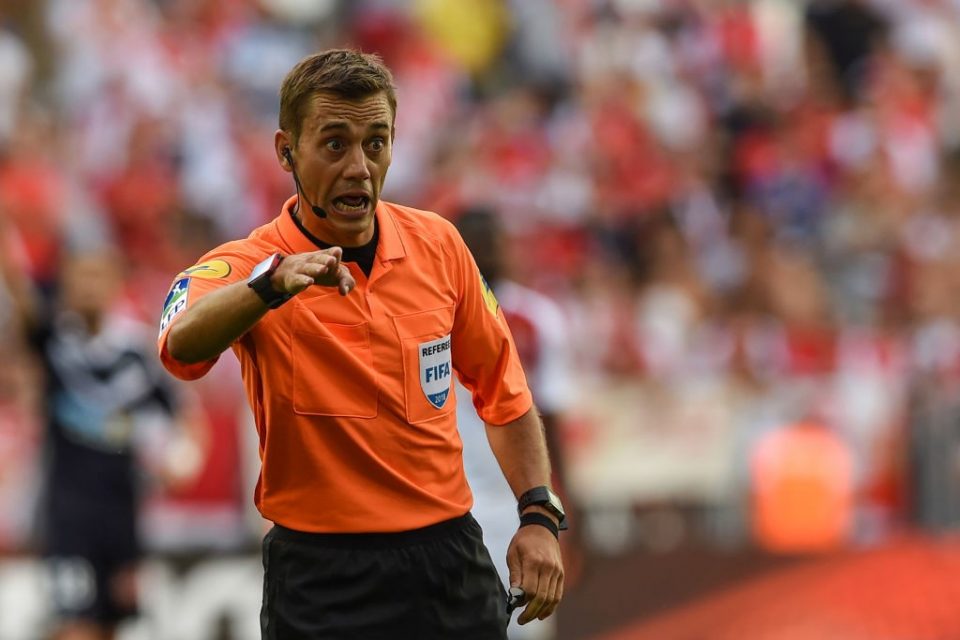 The report details how the 38-year-old Frenchman, who has been a FIFA listed referee since 2010, will oversee Tuesday’s Champions League match between the Nerazzurri and Zinedine Zidane’s side.

Turpin will be assisted by Nicolas Danos and Cyril Gringore, with the fourth official being Frank Schneider. In that VAR room there will be François Letexier and Jérôme Brisard.

Turpin has officiated six games across Ligue 1 and the Champions League so far this season, giving 21 red cards, three red cards and two penalties in that time.

The upcoming European clash will be vitally important for both teams, who have started this Champions League campaign poorly, earning three points between them.

The Milanese club have drawn both of their games so far, against Borussia Monchengladbach and Shakhtar Donetsk, whilst Zidane’s team lost to the Ukrainian side in the first game of the competition.