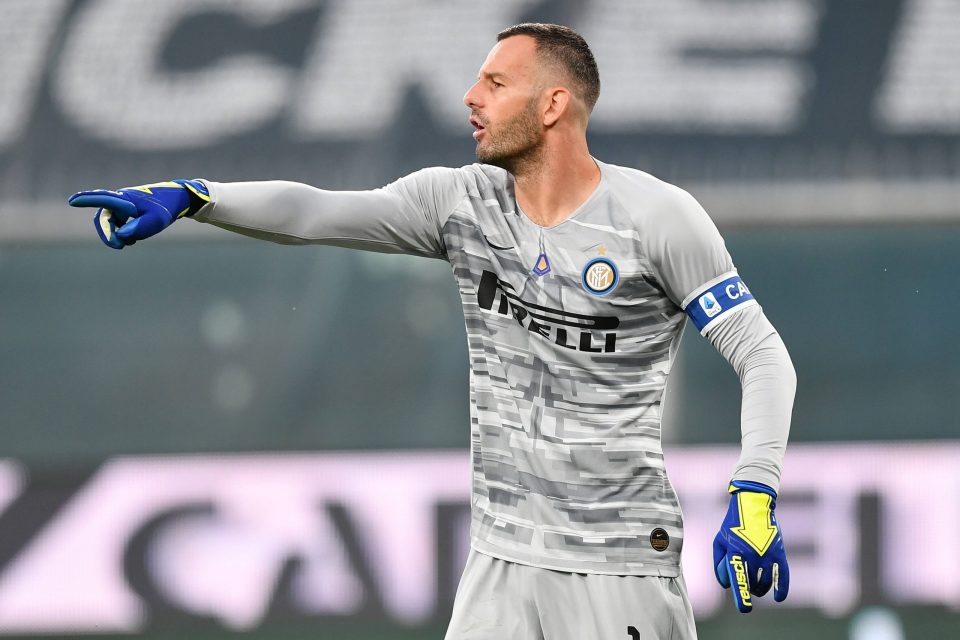 Inter captain Samir Handanovic made his 350th appearance for the Nerazzurri in the club’s 2-2 draw against Parma on Saturday, according to a Tweet posted by the Milanese club.

The 36-year-old Slovenian shot stopper, who is contracted to Inter until 2022, has kept 124 clean sheets and conceded 377 goals in 350 games across all competitions, since arriving from Udinese in 2012.

The player is still Inter’s number one and an adequate replacement still has not been discovered yet.

Inter posted a photo of the player with the caption: “Appearance number 350 for Samir Handanovic with Inter in all competitions.”