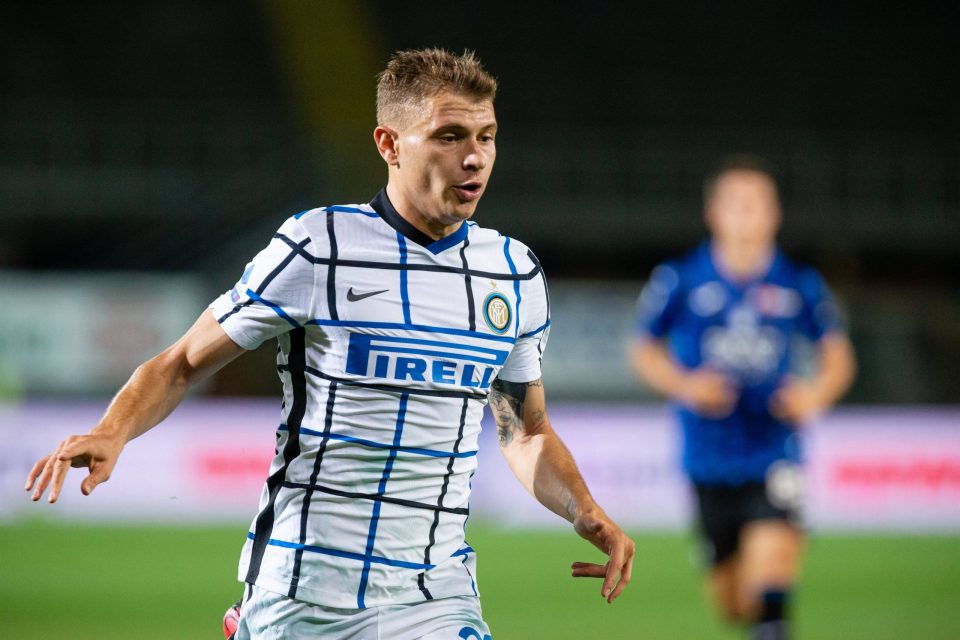 Nicolo Barella is on a par with some of Europe’s best young midfielders according to a report in today’s print edition of Italian daily newspaper Gazzetta dello Sport.

The highly rated Italian national team player has performed well domestically, in Europe and whilst with Italy and has shown that not only is he not afraid of who he comes up against but that he also boasts a great level of character.

Barella has combined his desire and dynamism with some top class play, such as his backheel assist for Lautaro Martinez in Inter’s recent Champions League loss away to Real Madrid.

In that match, he proved that he is in fact a complete midfielder, who is capable of making a difference in both phases of the game.

The report from the Milan based news outlet goes on to add that he is on a par with the likes of Barcelona’s Frenkie de Jong, Real Madrid’s Federico Valverde, Bayern Munich’s Leon Goretzka and Manchester City’s Rodri.

Since joining Inter in the Summer of 2019, Barella has made 50 appearances across all competitions to date, in which he has scored four goals and provided a total of 12 assists to his teammates.