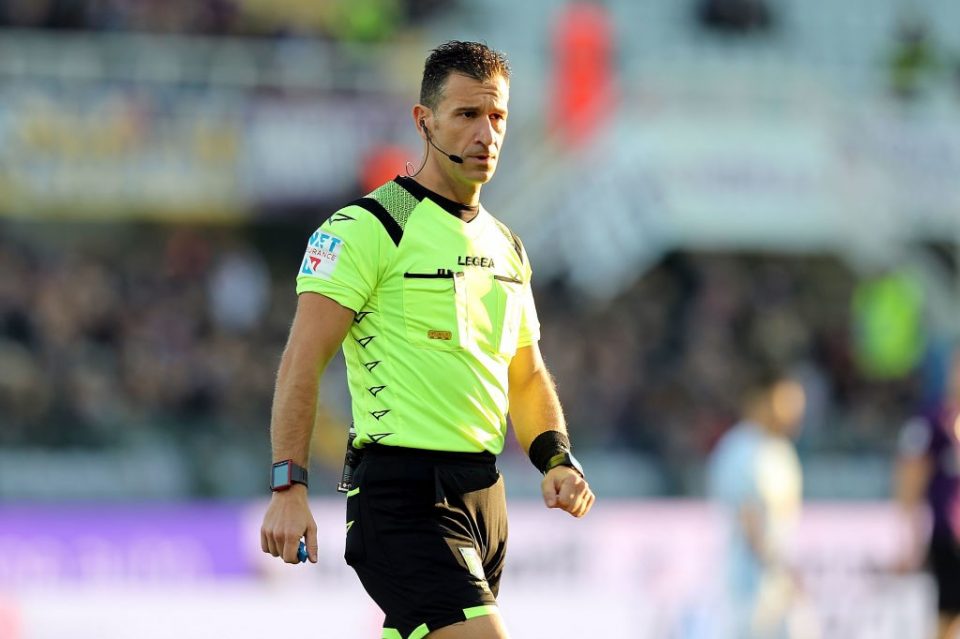 The match official appointments for the upcoming round of Serie A action have been announced with Daniele Doveri assigned to referee Inter’s match away to Atalanta.

The 42-year-old, who has been a referee since 2002 and a referee at Serie A level since 2010 has refereed three matches across all competitions to date this term, although none of these matches have involved either Atalanta or Inter. who he refereed four and three times last season, respectively.

He will be assisted by Salvatore Longo and Stefano Del Giovane, whilst fourth official duties will be carried out by Davide Ghersini at the Gewiss Stadium in Bergamo.

Maurizio Mariani has been assigned to take charge of VAR and he will have Daniele Bindoni alongside to assist him with VAR.

Both sides head into this match off the back of defeats in the Champions League earlier on this week. Atalanta currently sit fourth in Serie A, a point ahead of Inter, who are sitting in sixth place at the moment.