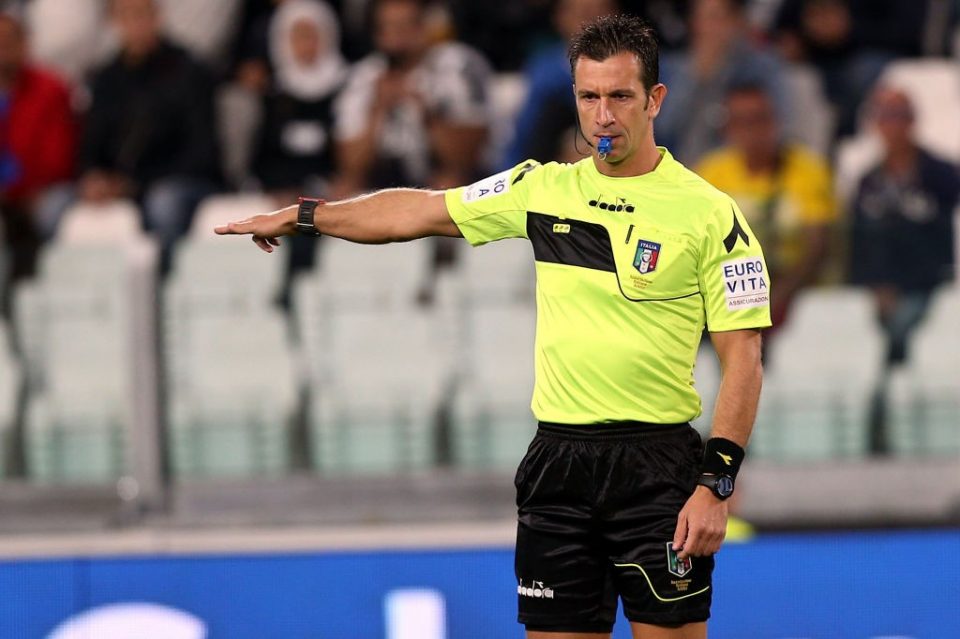 Referee Daniele Doveri’s performance in yesterday’s 1-1 draw between Atalanta and Inter in Serie A has been labelled as sufficient in today’s print edition of Italian daily newspaper Gazzetta dello Sport.

Doveri refereed the match between the two clubs at the Gewiss Stadium in Bergamo with authority, as evidenced by his handling of one of the actions of fourth official Davide Ghersini.

Doveri dished out a total of four yellow cards during the duration of the match between the two Nerazzurri clubs and was right to hand out all four of the yellow cards which he handed to Inter’s Lautaro Martinez, Arturo Vidal, Stefan de Vrij and Atalanta’s Berat Djimsiti.

Each side also had a penalty denied and the Milan based news outlet insist that Doveri made the right decision on both occasions.

Following the result, Atalanta now sit in sixth position with 13 points to their name whilst Inter sit one place below Gian Piero Gasperini’s side with one point less.