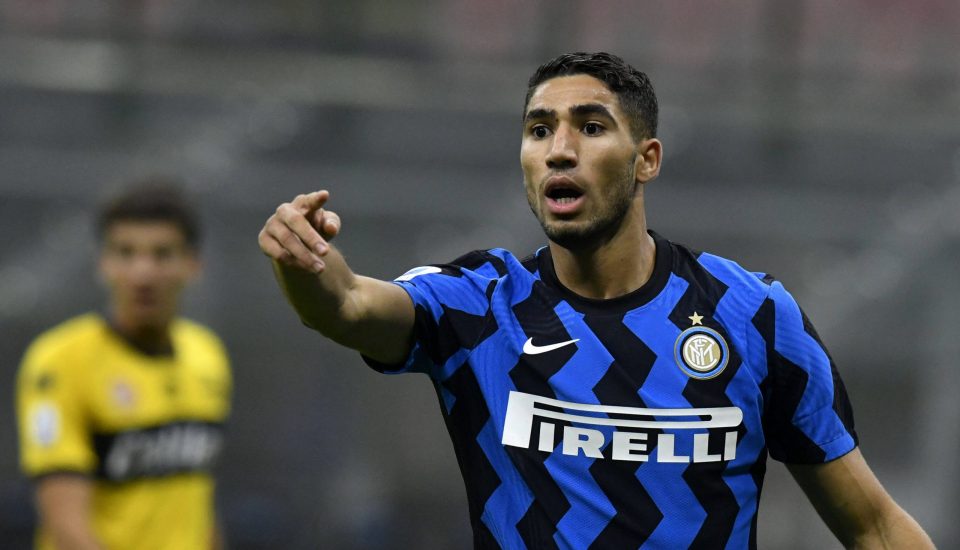 Inter have no major concerns over Achraf Hakimi according to a report in today’s print edition of Italian daily newspaper Gazzetta dello Sport.

The past nine days have went far from great for the Moroccan national team defender. Against Parma he could have done better at each of their goals, he made a huge mistake versus Real Madrid and did not perform all that well and was dropped to the bench for Sunday’s match against Atalanta.

It must be remembered that Hakimi is not in optimal condition right now due to the many games in quick succession but despite all of his recent struggles, Inter are in no hurry nor are they questioning the money they paid to sign him.

Inter spent a total of €45 million, including add-ons, to bring Hakimi to the club in the Summer transfer window from Real Madrid.

In nine appearances across all competitions to date for Inter, he has scored one goal and tallied two assists.