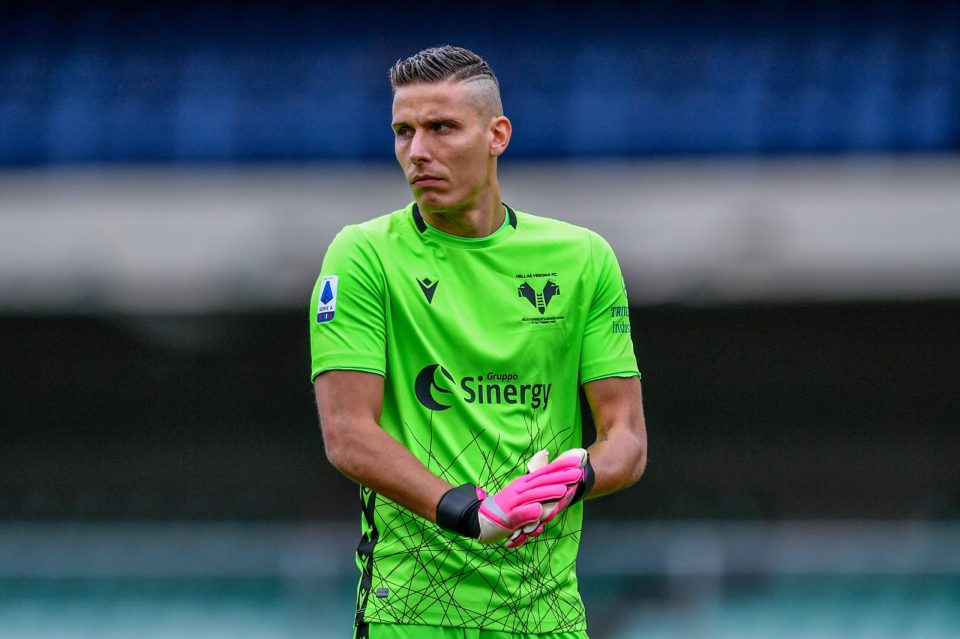 A report from Italian media outlet FcInterNews have detailed the list of Inter’s possible replacements for club captain Samir Handanovic.

The report details how the 36-year-old Slovenian shot stopper is contracted to the Milanese club until 2022, and is set to be featured in a more rotational role next season, in order to give adequate playing time to his replacement.

At the top of the list to replace Handanovic is Udinese’s Juan Musso. The 26-year-old has been followed for months now but a deal never appeared because his side want at least €30 million for his signature.

Another option is Hellas Verona’s Marco Silvestri, the report continues, as his contract expires in 2022, meaning that he could leave at the end of the season for a low price. His wages are only around €400 thousand, making it a low-cost deal. He has already proven he can succeed in Serie A with the Gialloblu.

Abroad, Inter are considering Ajax’s André Onana, whose contract also expires in 2022. The 24-year-old Cameroonian was followed by Chelsea in the summer, before they signed Edouard Mendy. The Milanese club have good relations with Onana’s entourage.

The final option is Napoli shot stopper Alex Meret, the report highlights, who the Partenopei want to tie down to the club until 2025. The 23-year-old’s current deal expires in 2023, and has suffered from competition from David Ospina., making only four starts this season.